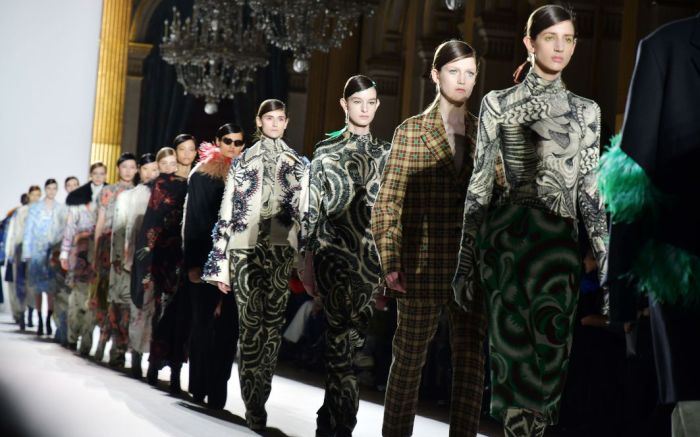 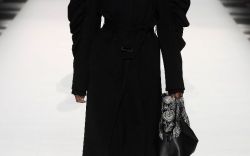 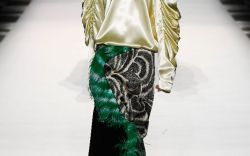 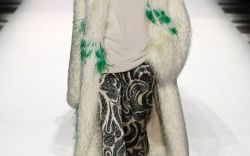 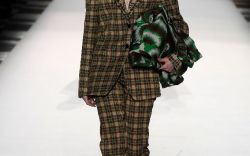 Dries Van Noten is a print master. The Belgian designer’s custom patterns are both unmistakable but discernible; he changes them each season, and they can range from the opulent to the quirky and everything in between.

This season, Van Noten matched the prints in his ready-to-wear to the footwear, with boots that were statement pieces with or without their coordinating coats, pants and skirts.

Van Noten’s unique prints and the impeccable layering, and mixing and matching of them in a collection, is one of his hallmarks, and it’s what makes the designer incomparable. The technique was not new for him this season — but that the designer is able to continue to bring new iterations each time is an impressive feat. His commitment to creating custom prints using established and cutting-edge techniques is also remarkable, and it was recently documented for his fall ’18 men’s collection, where Van Noten used oil-based inks in water and manipulated them to create the marblelike patterns that showed up on the runway.

The prints were mostly black and white, though Van Noten sprinkled a generous amount of golden yellow in his clothes (and on a few boots) as a common thread for the collection. The boots were done in heavy printed canvas and also in custom jacquards (a fabric Van Noten has used often in his women’s designs). They had inverted heels and slightly squared toes — a silhouette that is starting to take hold with shoe designers like Sergio Rossi and Salvatore Ferragamo but one that Van Noten has been using for a few seasons now.

Van Noten’s prints had a similar trippy, psychedelic feel to them, and it’s likely that the designer used a similar technique to create them.