How the Shoelaces at Dior Homme Tied Everything Together 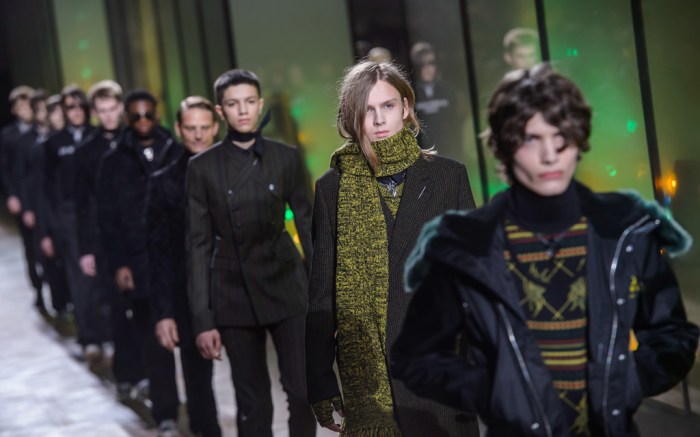 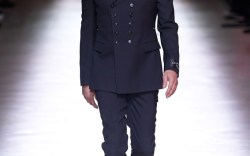 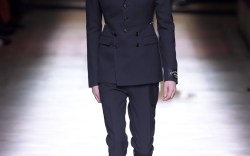 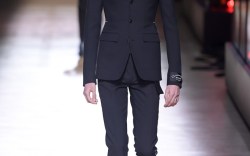 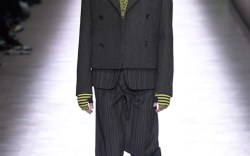 Are you sartorial or street? That was the question posed today by Kris Van Assche at Dior Homme. His fall ’18 collection that showed in Paris’ Grand Palais was all about duality: formal versus casual, youth versus age and sartorial versus street.

Footwear fell into two camps: polished brogues versus sporty canvas sneakers with chunky soles. The brogues, however, were less straitlaced than they might initially seem — they featured a subtle tattoo motif laser-printed onto the leather. This design also appeared on the laces of brogues and sneakers alike, tying everything together.

The celebrity attendees on the front row were similarly split when it came to their footwear. Bella Hadid and rappers Future and Big Sean all opted for the house’s spring ’18 sneaker, while actor Robert Pattinson opted for a more traditional approach with a polished lace-up to complement his ensemble.

When it came to ready-to-wear, the sharpest of suits walked alongside bomber jackets and baggy denim, while ’90s models, including Cameron Alborzian and Mark Vanderloo, were cast among the youthful lineup. Even the soundtrack was on theme with an ’80s and ’90s mix, like A-ha’s “Take On Me,” KWS’ “Please Don’t Go,” Corona’s “Rhythm of the Night” and, of course, “Forever Young” by Alphaville. Flashing lightboxes, designed by veteran fashion show producer Etienne Russo, pulsed to the beat.

Click through to see the entire Dior Homme fall 2018 collection.