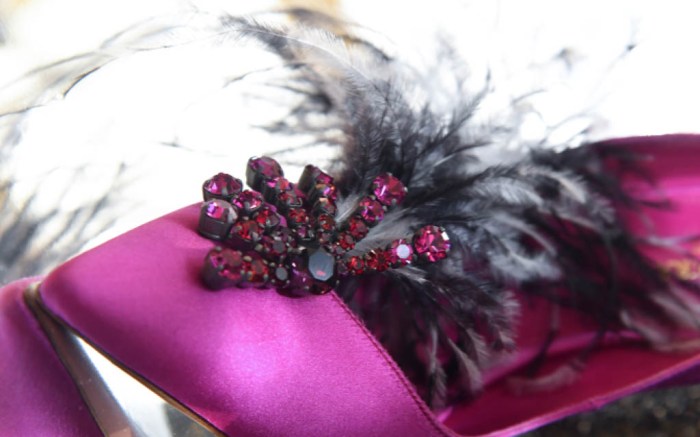 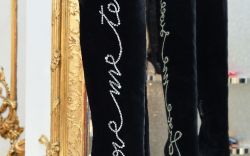 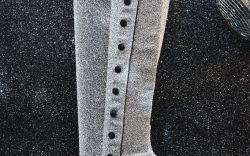 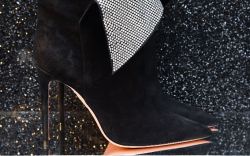 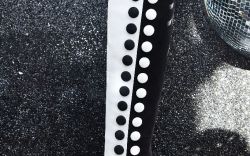 Aquazzura creative director Edgardo Osorio had been reading Alicia Drake’s novel, A Beautiful Fall. Set in hedonistic Paris of the ’70s and ’80s; it was the catalyst for his fall ’18 celebration of female empowerment.

“It was such a time of creative freedom, which I think is so relevant right now,” he said of the epoch. “It was also a time of big, big changes, of liberation and empowerment. It really got me thinking about femininity now and what it is to be a strong woman today.”

The collection hero was the ultimate iteration of a knee-high boot: a dramatic concoction of black suede with ruffles in a vibrant fuchsia. Such ’80s couture vibes recalled images of Grace Jones, Karl Lagerfeld and Lulu de la Falaise at a Paris boîte called La Palais, he said. During the ’60s and ’70s, the club was considered the Paris equivalent of New York’s Studio 54.

Sharp thigh-high boots in patent leather and ankle booties with crystal embellishment and angular silhouettes were the very definition of fierce. They drew inspiration from photographs by Helmut Newton. One shot resonated in particular: a picture of Charlotte Rampling, sitting at a table in a Paris apartment, naked save for a pair of stilettos.

“It’s my favorite picture of all time,” he said. “She has such a captivating energy. She’s such a strong woman that she can be naked but look as if she’s wearing couture.

“It’s a bit controversial,” he admitted. “Some people think Newton was not a feminist, but I think he has always empowered women.”