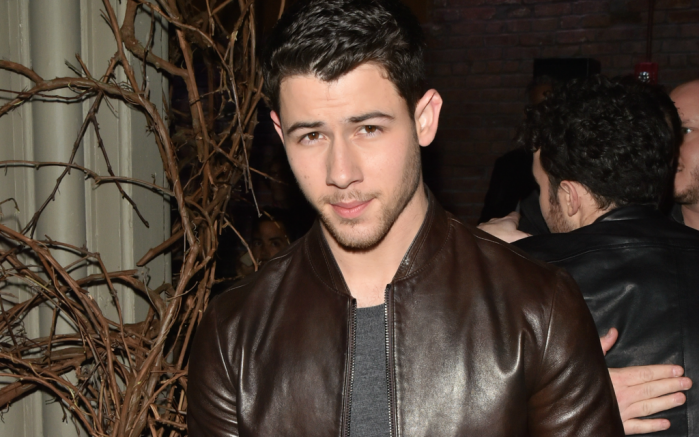 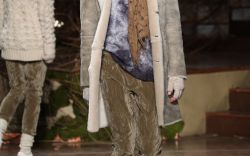 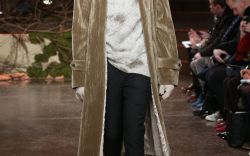 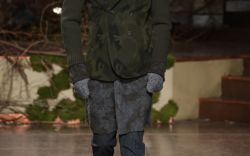 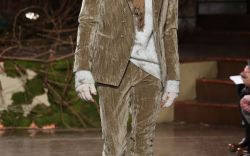 The Jonas Brothers reunited for the show, which took place in at Angel Orensanz Center, a former lower East Side Gothic revival synagogue.

Nick Jonas, who sat front row next to siblings Kevin and Joe, just announced his collaboration with the brand, which includes a co-branded capsule collection. The limited-edition line will debut for spring, when Jonas also becomes the new face of John Varvatos.

Other celebrities attending the event, which was timed to coincide with Grammys Weekend in New York, included Iggy Azalea, Gina Gershon and Thomas Rhett.

As for the footwear, the designer ditched all things slim and sleek this season. Instead, chunky trainers with hefty soles were sent down the runway in brown, cream and black colorways, along with weighty leather boots. All shoes were paired with marled-wool socks — which were on display with the cropped and wide-leg pants worn by the models.

Varvatos mixed his rock n’ roll and Americana roots into the show by feature Jimi Henrdrix’s guitar-heavy “Star Spangled Banner,” for the finale as he stood on stage with the models, hand over heart. The designer threw up the peace sign to conclude the event.

View more from the collection here.