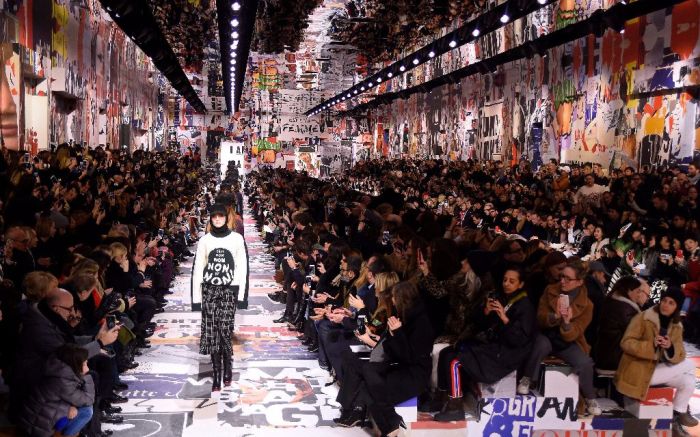 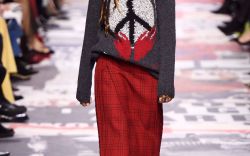 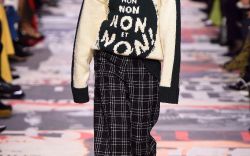 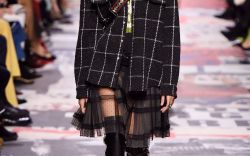 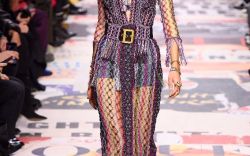 Artistic director Maria Grazia Chiuri has made it clear since arriving at Christian Dior in 2016 that her message for the French fashion house is a feminist one. “Dior has to be about female empowerment,” the designer told Vogue late last year, after she debuted the spring ’18 collection.

It was true once again at the designer’s fall ’18 show on Tuesday at Paris’s Musée Rodin, where the venue was covered wall-to-wall in vintage magazine clippings and quotes, from the pro-feminist “women’s rights are human rights” to the pondering “la beauté est dans la rue” (“beauty is in the street”) of the French capital’s May 1968 student uprisings.

There were also various photos of women in protest, including a famous image from 1966 of women from the British Society for the Protection of Mini Skirts protesting outside the House of Dior. “Miniskirts forever” read one woman’s sign, and behind her another read “Dior Unfair to Miniskirts.”

Chiuri was looking back to the late ’60s, a time of civil protest and changing dress codes, also referring to what then-Vogue editor-in-chief Diana Vreeland coined the “Youthquake.” The result was decidedly retro clothing that channeled the late ’60s and early ’70s protest uniforms of second-wave feminists.

The opening look featured a sweater with the phrase “C’est non, non, non et non!” (“It’s no, no, no and no!”) on the front  — a clear nod to the #MeToo and #TimesUp movements, with plaid miniskirts nodding to the aforementioned protest. There were also patchwork denim, suede patchwork pieces and sheer crocheted dresses, and every look was punctuated with oversized, tinted Gloria Steinem glasses.

Along with the retro looks came simple black leather boots, mostly knee-high, some with red-and-white track stripes down the side, others just in black. There was a color-blocked boot that hit at mid-shin, with red, white and black leather and a slightly squared toe. There was also a studded black leather clog and a colorful patchwork knee boot, with one patch reading “Peace and love Dior.” All shoes had sturdy soles and flat or stacked heels. It was serious and practical footwear, shoes for women with an agenda, and at the finale the sound of the sum of the boots as they marched down the runway was an unmistakable statement:  The Dior woman is loud and proud; still feminine but also serious about what needs to be done.

Much of fashion has taken a feminist lean in the past year, and Chiuri is certainly expanding on that agenda yet again this season. But in the wake of the Stoneman shooting in Parkland, Fla., and the passionate student protests that have followed, this season’s collection should be viewed on a larger activist scale, with a look to the future and the young women (and men) protesting today instead of those of the past.