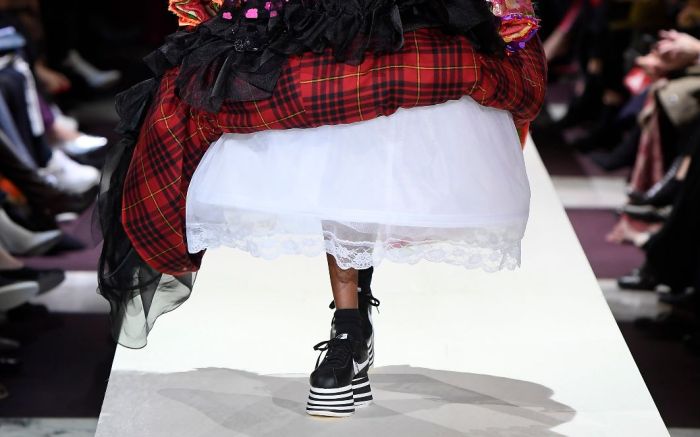 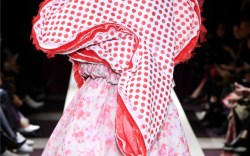 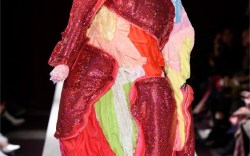 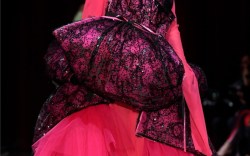 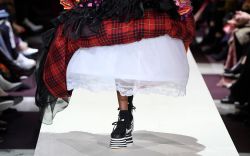 The first clue should have been the jumpsuits. Men and women in surgical white onesies mulled about outside the Comme des Garçons show on Saturday in Paris — not a surprising street style look, really, but there was an air of official business.

The second clue was the van. An orange cargo truck reading “Nike Unlaced” in small repetitive print was parked just down the street. (The type refers to the new women’s retail concept that the brand will unveil online March 27, an initiative in which unisex sizing and merchandising will undoubtedly change the women’s sneaker market.)

Then came the big reveal on the runway: Comme des Garçons unveiled a new sneaker with Nike. It certainly wasn’t for the first time — the two brands have had a relationship for 18 years now, having collaborated on countless styles, from Junya Watanabe’s Nike Zoom Haven in 1999 to the Comme des Garçons x Nike Epic Lunar Flyknit on the fall ’17 runway, plus many Dover Street Market hits.

But the shoe that Rei Kawakubo unveiled today on her runway might be the most perfect CDG x Nike sneaker yet. A black and white Cortez with a low top and graphic swooshes, the new shoe has a flatform sole done in both a basic striped version and one with a checkerboard motif that gave a pixelated effect from the runway.

The sneakers were a graphic punctuation to Kawakubo’s voluminous creations, which tended to focus on the layers of a dress this time around, with one model wearing what appeared to be a gown strapped to her like a crossbody bag, while another look showed fabric stacked around a model like a pancake. Still others resembled giant flowers, with the model’s head as the stigma, and there was a singular pop culture reference in a deconstructed Betty Boop on a colorful oversized sweater (also rare that a commonplace garment would make its way onto Kawakubo’s runway).

According to Nike, the sneaker will launch as part of the fall/holiday ’18 collection, but an exact release date is to be determined.