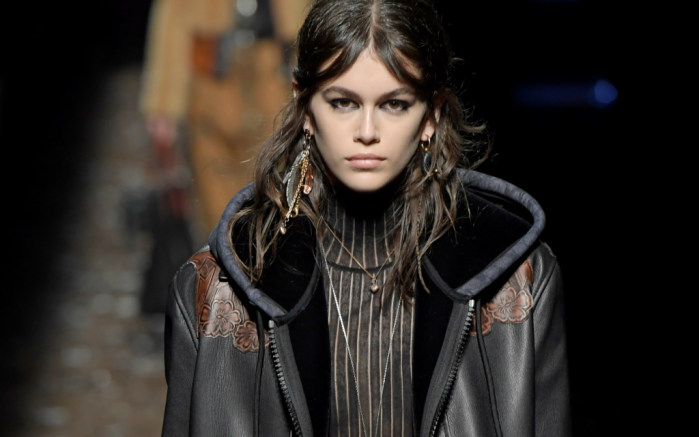 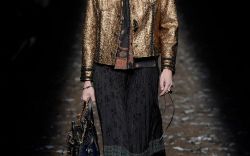 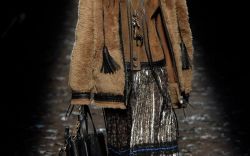 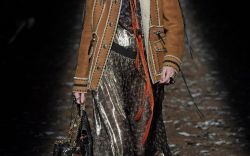 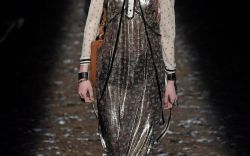 This New York Fashion Week, during one of the city’s coldest winters, Stuart Vevers offered up some practicality. Coach 1941’s creative director (who has been in the position for five years) offered up boot after boot paired with coat after coat for the brand’s fall ’18 collection, which was held at the South Street Seaport in downtown Manhattan on Tuesday.

Though the street style scene outside the show was rife with outrageous looks — a cropped puffer coat that looked like a pillow wrapped around one’s shoulders, even a striped woolen blanket worn not as a coat but as a blanket — it was clear that attendees were (thankfully) dressing for the cold weather.

Indeed, there is no better proof of the need for coats and boots than New York in February: They are the two items that everyone will buy first, before other less practical items (like open-toed heels or long gowns) and ultimately the pieces that people will wear day in and day out.

To be clear, Vevers’ collection was not entirely practical. Expanding on his obsession with all things Americana, the designer incorporated more cowboy themes and ’70s-esque boho looks. There were feather motifs, long, floral dresses with tiers and lace, and velvet ribbons tied around the neck. There was fringe everywhere — on the coats, on bags.

And there were plenty of fall-friendly leather boots, many of which had a busy, layered effect of contrasting colors and buckles, which gave the illusion of a chunky loafer paired with leather socks. There were also some more simplified versions in black and red, outfitted with studs, along with fluffy shearling moccasinlike boots and even a few feather-accented sandals.

Even so, there was plenty of commercial viability for the collection in its coats and boots — a combination that was modeled to perfection by the brand’s spokesperson, Selena Gomez, who sat front-row at the show sandwiched between her stylist, Kate Young, and Vogue’s Anna Wintour.

Click through to see the entire Coach 1941 fall ’18 collection.