The 5 Shoes Everyone Is Talking About at London Fashion Week 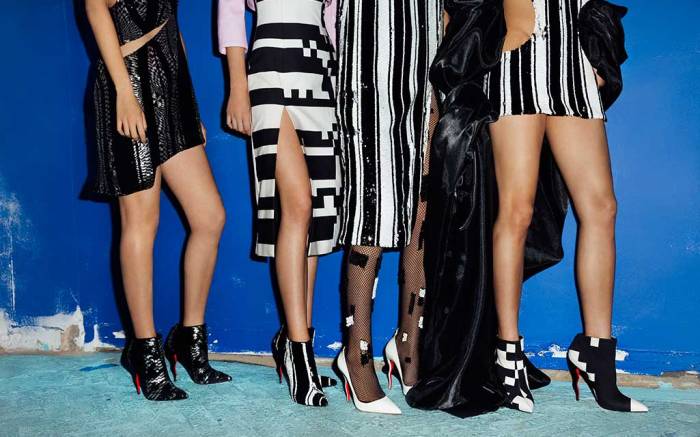 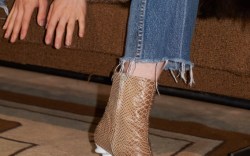 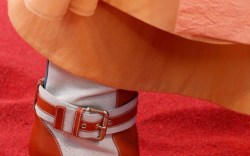 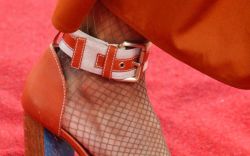 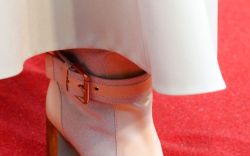 From strippers’ knickers to lightbulb moments, these are the five shoes that everyone is talking about from the spring ’19 collections that showed the past few days during London Fashion Week.

Christopher Kane has dubbed these his “praying mantis crotch shoe” due to their flickering lace tongues — the shape of which was inspired by the crotch of a pair of panties. “I was inspired by an amazing piece of lingerie I found, basically a crotch, made for ladies of the night or strippers,” he explained. “We took the shape and made it into a beautiful formulaic [design], anatomical, almost like armor.”

These technicolor pirate boots, with their patent leather ruching, work with shorts and shell suits alike. The designer told FN that his ready-to-wear was all about movement and fluidity, and the concept spilled over into footwear. He said the metal pins on the shoes were doubled “so the two lines blur together when you walk and become one.”

We have to hand it to Christopher Kane for this inspired take on the sneaker. The heels were made from three primary-colored spheres. “They’re like a DNA strand,” he explained. “I’m obsessed with science, as you know, so they’re made to look like molecules.”

While you may not be able to buy them, these sculptural ultraviolet boots worn by Winnie Harlow at Nicholas Kirkwood’s show certainly lit up the runway.

Michael Halpern teamed up with Christian Louboutin for the third time, and the wild ’60s prints and palettes of his ready-to-wear were reflected in the footwear. The Memphis, Tenn.-inspired wavy heel is a take on Louboutin’s archive Dalida silhouette.

Nicholas Kirkwood’s Runway Debut Was Out of This World