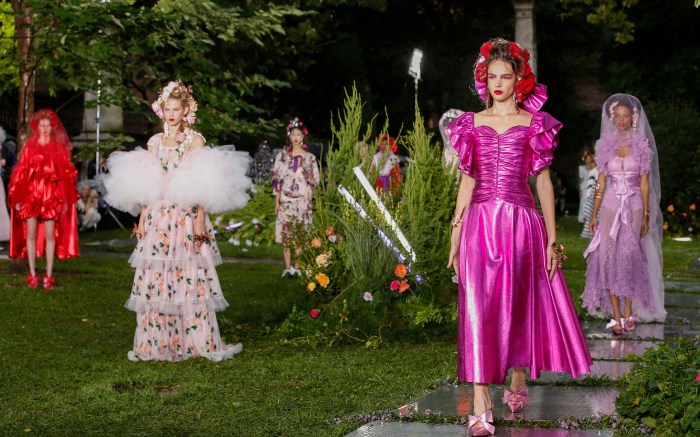 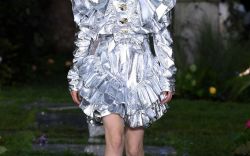 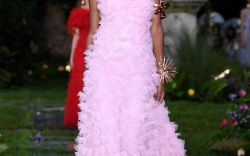 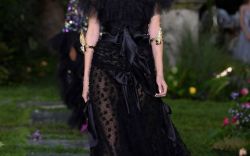 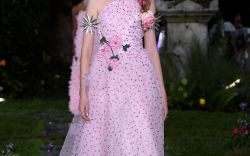 When a slew of American designers decided to leave New York Fashion Week and decamp to Paris a few seasons ago, Rodarte was one of the labels most mourned.

Kate and Laura Mulleavy, the L.A.-based sister duo behind the designs, opted instead to show during Paris’s couture calendar, with the possibility of their exquisitely crafted designs one day gaining recognition as an official couture brand.

But after two seasons in Paris, the design duo went back to showing in New York. Their Sunday showing of spring ’19 was unofficially the couture collection of the season, with exquisitely detailed gowns done in a variety of laces, tulles, silks and even leathers, over-the-top floral headpieces and shoes that riffed on the idea of the bow.

There were high-heeled booties, done in both metallics and matte leather, with a deep V on the ankle and festooned with a sharp angular and oversized bow.

There were also pumps with cutouts and a series of smaller leather bows, featuring a bow-tied ankle wrap on the top of the shoe.

The exaggerated shoes were a perfect balance to the dramatic floral headpieces that also came down the runway. Models’ hair were woven with countless roses that ranged from deep red to fuchsia to baby pink, and brass metal flowers also punctuated the designs (both in hair and on wrists and arms).