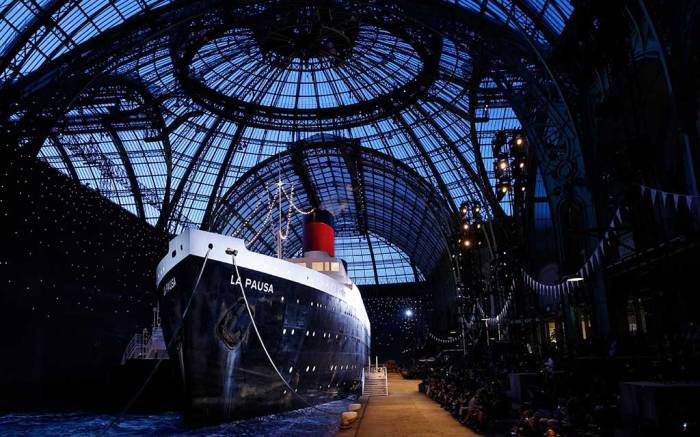 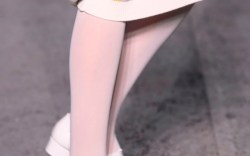 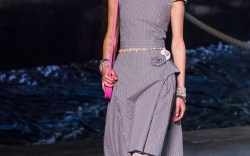 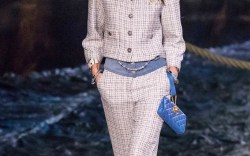 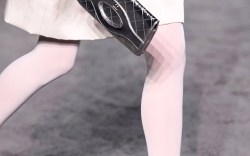 Karl Lagerfeld is a consummate showman who likes a spectacle. The Chanel creative director has variously transformed the Grand Palais, his Paris venue of choice, into a hypermarket, airport lounge, space station, giant model of La Tour Eiffel and, most recently, a forest complete with nine oak trees transplanted from the French countryside.

But tonight in Paris, his resort 2019 production was the most impressive yet. The backdrop, a 330-foot replica cruise ship, was ambitious even by Lagerfeld’s standards.

The ship, named La Pausa after Gabrielle Chanel’s own summer house on the French Riviera, was a literal nod to the origins of resort or “cruisewear” — light and eminently chic clothing for wealthy customers to wear on ships setting sail for sunnier climes.

However, it wasn’t just the venue that recalled the 1920s glory days of the ocean liner. The footwear sported by captain Lagerfeld’s model crew, not least Gigi Hadid, also recalled the decade — not least an archive shoe worn by the house doyenne herself.

There were also sneaker versions with a distinctly orthopedic vibe. That Chanel has succumbed to the current vogue for “ugly” or dad shoes means the trend will be kicking about for some time yet, and the same goes for the legwear obsession doing the rounds in fashion land.

But while Lagerfeld’s La Pausa made for one mother of a runway, it was no empty vessel. Following the show, guests invited across the gangplank found a five star party palace secreted in the ship’s bowels.