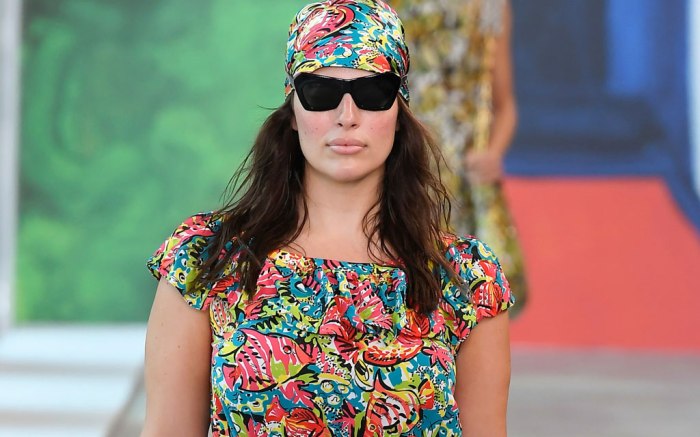 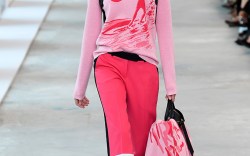 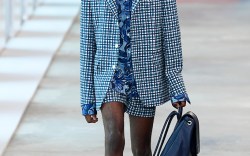 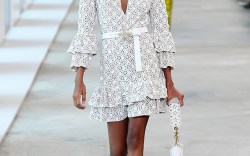 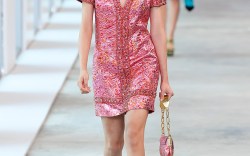 Held at Pier 17 off Manhattan’s South Street Seaport, the music and looks took showgoers from a day at the beach in Cuba with Celia Cruz’s “Quimbara” salsa beat to a swanky ’50s cocktail “You Wanna Be Americano.”

The only hint that you might be able to wear some of these clothes on a chillier spring day? A pair of men’s workboots and cashmere hoodies.

Daytime neutral espadrilles were followed by metallic green flatforms, shimmery turquoise platforms and more designs in between. The men’s and women’s collections were featured back to back, further proof that the genderless fashion trend isn’t going anywhere.

Another theme that isn’t going anywhere is the livestreaming of runway shows, which Michael Kors shared with media outlets yesterday as part of its All Access Kors Livestream, another step toward the democratization of fashion.