Did You Spot the Hairy Legs on the Erdem Runway? 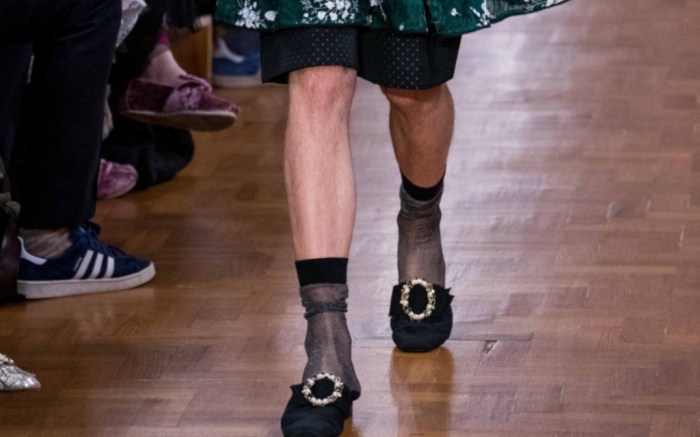 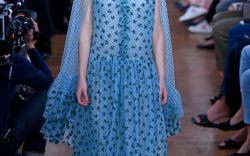 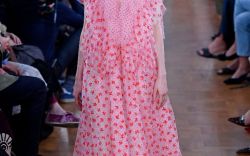 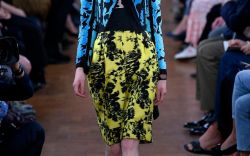 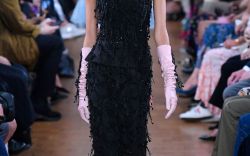 There was something afoot at the Erdem show today.

Look closely at the legs protruding from the tops of the fishnet socks. Yes, some of them looked suspiciously hairy. And the fact that the models’ faces were oft obscured beneath giant bonnets left us all none the wiser.

And that was the whole point. Designer Erdem Moralioglu drew inspiration from two famous crossdressers, Frederik Park and Ernest Boulton, who lived in 19th-century London as alter egos Fanny and Stella and were arrested in 1870 for so their so-called “crimes.”

“It was the idea of people in a very conservative time dressing to be who they were and who they felt they were fundamentally,” he said of the collection, which teamed ultrafeminine Victoriana with the masculine tailoring of the same era. Summing it up was a floral coat dress that swapped puffed sleeves for exaggerated shoulders and arms like the lapels of a tailored suit.

Likewise, the footwear — a mix of pretty pointed ankle boots and colorful jacquard pumps alongside black slippers with bejeweled buckles and square toes, inspired by shoes worn by the men of Victorian times.

But back to that co-ed cast. “I felt that there was something so interesting about these little secrets in the show,” Moralioglu told FN, “that maybe you couldn’t quite tell if some of the girls were boys or some of the boys were girls.”

This notion of concealed identity came from Victorian pornography, he said. “They thought there was a sexuality in hiding your face but showing everything else.” As for those hairy legs? “This was a big moral question: Should we shave them?” he laughed. “But I thought, ‘No, we don’t!’” Quite right.