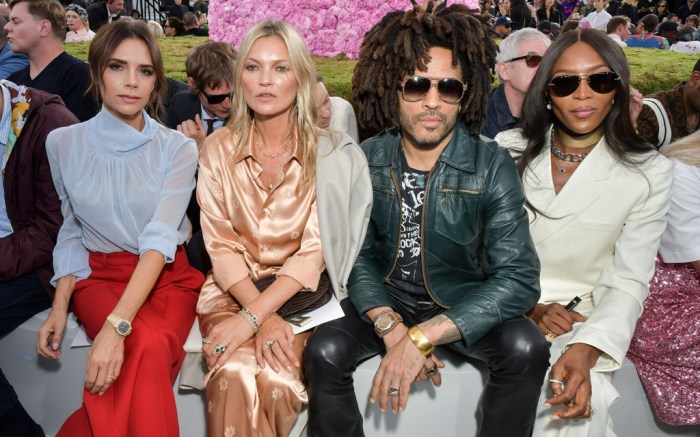 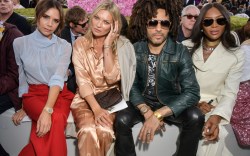 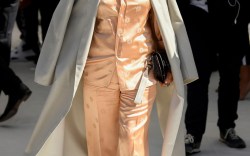 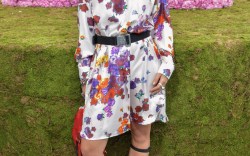 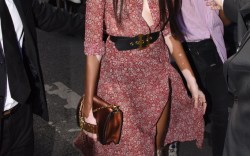 Paris Fashion Week Men’s spring ’19 shows were especially jam-packed with celebrities — and the stars had the best seats on the front row.

The biggest draw was Louis Vuitton, where Virgil Abloh debuted his first-ever collection for the label since becoming the brand’s creative director for menswear. Abloh’s celebrity pals came out in spades to support him, and the front row was full of A-listers.

Kanye West, Travis Scott, Kim Kardashian and Kylie Jenner had front row seats for all the action. West, who was clad in a look from his own Yeezy label, shared an emotional moment with Abloh, whom he had interned with at Fendi.

Although Hadid did not wear a spring’ 19 Louis Vuitton look to the show, she was spotted in a bright yellow jumpsuit from the collection later in the day. And the 21-year-old did wear straight-off-the-runway Dior Homme to the brand’s show, sporting a highlighter yellow suit with high-top sneakers as she sat front row.

Campbell sported a creamy white suit and aviator sunglasses as she sat alongside Lenny Kravitz, Moss and Victoria Beckham.

Meanwhile, Moss sported a pajama-inspired set, which she paired with metallic sandals.

Click through the gallery to see more stars, including Rita Ora, Winnie Harlow and Russell Westbrook, at Paris Fashion Week.