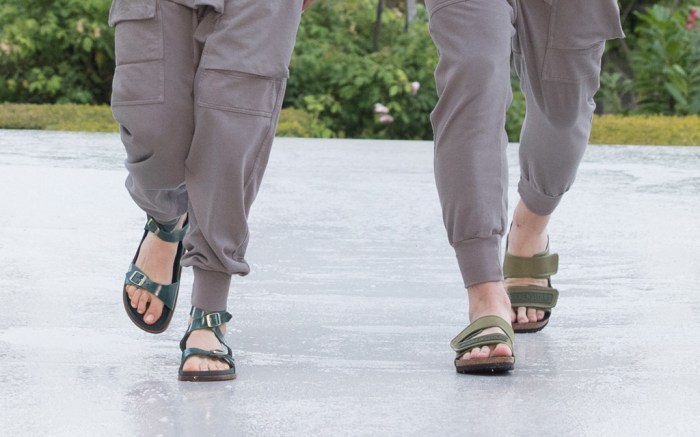 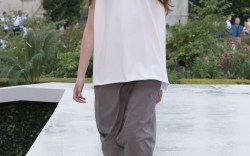 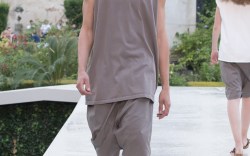 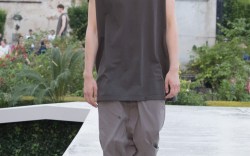 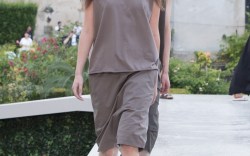 For the last three seasons Birkenstock has been staging increasingly elaborate runway presentations to showcase its burgeoning footwear collections. Yesterday in Florence, Italy, during Pitti Uomo, the brand pulled out all stops with the most glamorous of summer soireés.

Amidst the manicured lawns and hedges of 16th century Giardino Torrigiani, the largest privately owned gardens in Europe, it created an undulating runway on which models took their turns to spring ’19 offering — singly, twinning and even in triplicate.

While the collection was diverse featuring lace-ups, moccasins and desert boots, classics such as the Arizona and the Madrid plus the Boston closed-toed clogs that Kristen Stewart recently gave the cool treatment, were still much in evidence. Seasonal colorways included a clean white, a punchy pink and a forest green.

Some of the styles also debuted a new 95 percent handcrafted premium leather sole.

“A new collection means making Birkenstock a little more interesting every time,” said CMO Yvonne Piu. “We seize the opportunity to inspire our customers with functionality and proven quality in our new looks. This is what motivates us to start each new season full of excitement.”

Clean and serene and befitting of the bucolic setting, models were dressed in zen-like, loose-fitting tunics and pants. According to the press release, the clothes in the show had been “styled” by an undisclosed “friend” of the brand.

However, a little amateur sleuthing as to the designer behind the label’s most recent collaboration means its provenance shouldn’t be too hard to guess.

Birkenstock did choose to reveal the designer of the show’s soundscape though, and it was veteran acoustic artist Michel Gaubert who was behind the remixed versions of Black Sabbath, Janis Joplin and Technotronics classics.

See the all the pictures from Birkenstock’s new collection.