At Marni, Francesco Risso Provided Colored Swiss Balls for Guests To Sit On 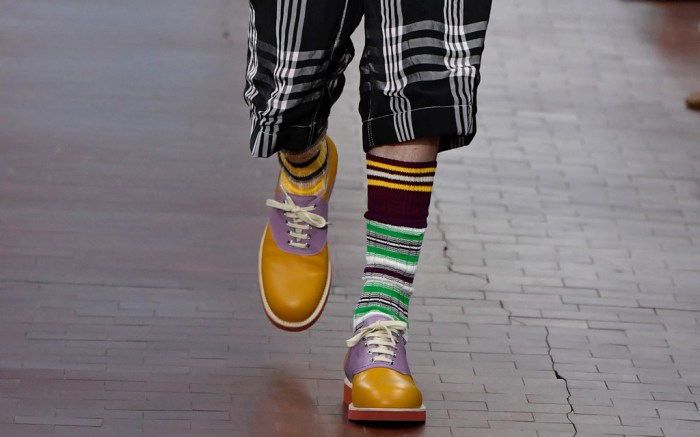 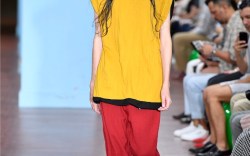 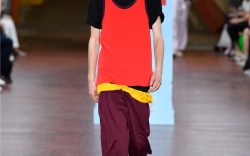 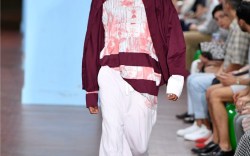 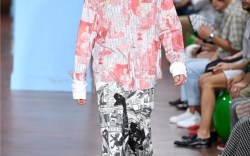 At the Marni show today in Milan, creative director Francesco Risso encouraged his guests to unleash their inner child. Show goers could forget about the humble chair. Instead, everyone took their seats on a plethora of bouncy Swiss balls in neon green and black.

The house’s menswear designer is king of the unconventional seating and last season, the audience watched the show from an eclectic mix of  old televisions, petrol cans and fairground bumper cars for a lucky few.

Risso’s spring ’19 collection was similarly joyful. It riffed off a made-up fashion Olympics, open to all shapes and sizes and , just like last season, the show was street cast. Even the invites celebrated diversity – squidgy gingerbread men made from neon Play-Doh, flattened and encased in plastic. For the record, mine was pink.

The shoes drew inspiration from the footwear worn in all manner of Olympic sports. He then fashioned them up a treat. All done in punchy primary colors and Betsey Podlach florals and some in exaggerated clownish proportions, there were golfing shoes with bibs in contrast shades, retro football boots and wrestling shoes with contrast straps.

Socks, some mismatched, featured jaunty soccer stripes and there were even toweling slippers for the armchair sports aficionado. The Marni man certainly isn’t afraid of color and clashing prints. Besides, who’s to say that stripes and florals don’t go together. Or that real men can’t wear odd socks.

Click through the gallery to see Marni’s full collection.