Zegna’s New Sneakers Will Put a Spring in Your Step 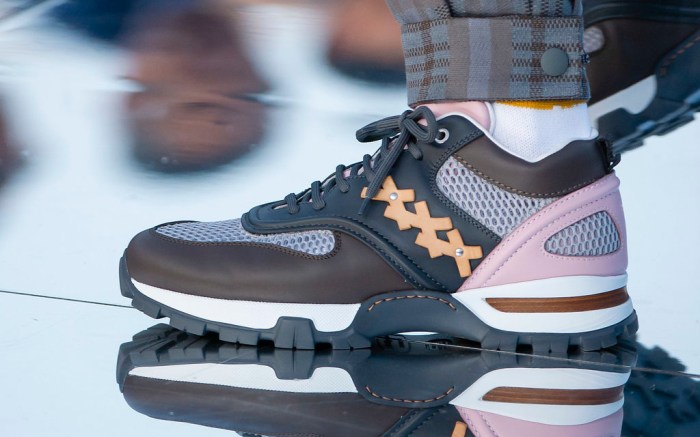 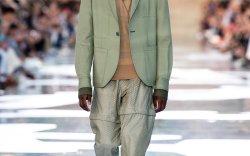 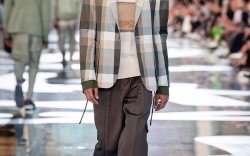 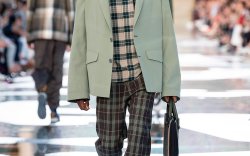 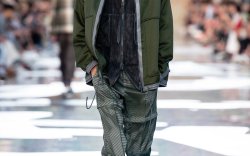 While Alessandro Sartori’s Zegna wasn’t the first luxury men’s label to pair sneakers and suits, when it comes to kicks, it’s his innovative sartorial touches that set him apart.

For his spring ’19 show, which took place tonight in Milan, at the Oscar Niemeyer designed Palazzo Mondadori, he upped the ante. Entitled Weightlessness, the collection, with its voluminous, airy silhouettes, fused tailoring with performance.

Likewise the shoes. Set on a runner base, standout styles included lace-ups with a contrast surround in hand-threaded leather, and slip-ons with perforated calf leather uppers which recalled the mesh or flyknit construction of a traditional sports shoe. There were also calfskin sneakers in monoblock pastels with transparent rubber soles.

There was also a see-now-buy-now component: Sartori’s new calfskin and mesh Cesare model became available straight after the show on Zegna.com and selected flagship stores worldwide.

“Creation for me always stems from a technical challenge,” he said. “The shoes are very technical even though they are very crafted. They are made to hold the foot very well.”

For flexibility and comfort, shoes featured the traditional south eastern European opanka construction where the sock linking, sole and upper are all attached to eachother in one hand-stitched process.

Sartori also has a sense of humor and his final inspired twist, was a tongue-in-cheek expression of craft meets tech. Leather line details on his soles and heels recalled the air bubble on a certain type of sports shoe – guaranteed to put a sartorial spring in every  step.