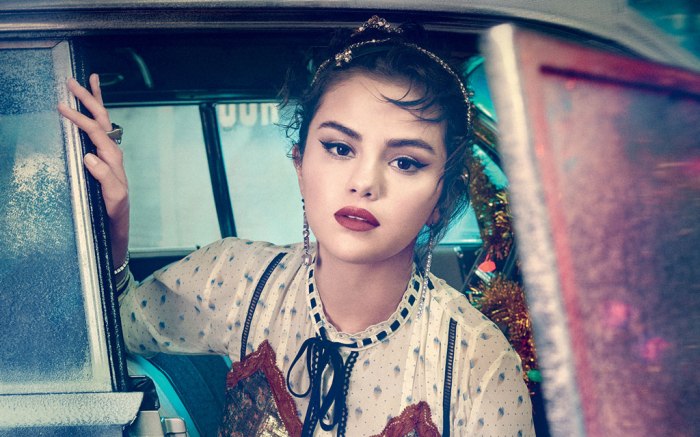 Written and directed by creative duo Henry and Rel of Supermarché, the series of videos put a playful spin on a traditional holiday concept. The lighthearted advertisements show the 26-year-old “Back to You” singer — in a pared-back ensemble featuring a black knit turtleneck, a long camel coat, leather pants and simple ankle-strap sandals — auditioning for Coach’s holiday window alongside a cast of animated animals.

Earlier this fall we held an audition for our Holiday windows and guess who showed up? Watch #SelenaGomez along with an unexpected cast of characters and see why, 'tis the season to be extra. #LightsCameraHoliday #CoachNY https://t.co/EV7q64G4Iu pic.twitter.com/ozcq0BUfaP

In addition to the video, Coach released a print campaign — also starring the multihyphenate brand ambassador — set against the New York skyline. The images, shot by famed photographer Steven Meisel, depict Gomez ready to step out of a car while holding the label’s Parker bag.

The print ads aim to capture the magical feel of New York City during the holidays.

The holiday campaign is completed by interactive components. In North Americas, shoppers will be able to unlock video content and “Selena augmented reality” via CameraIQ technology in Coach stores. In Japan, fans of the label will be able to play their own limited-edition Coach party animal games.

Gomez — who was announced as the face of Coach in December 2016 — has helped the brand expand its audience through her partnership. The former Disney Channel star shares images from her campaigns with her more than 144 million Instagram followers, racking up millions of likes on the photos. The “13 Reasons Why” producer has chosen wares from the brand for a number of high-profile occasions, including at the Met Gala in May. She also has worked on successful Selena Gomez x Coach collections in partnership with creative director Stuart Vevers.