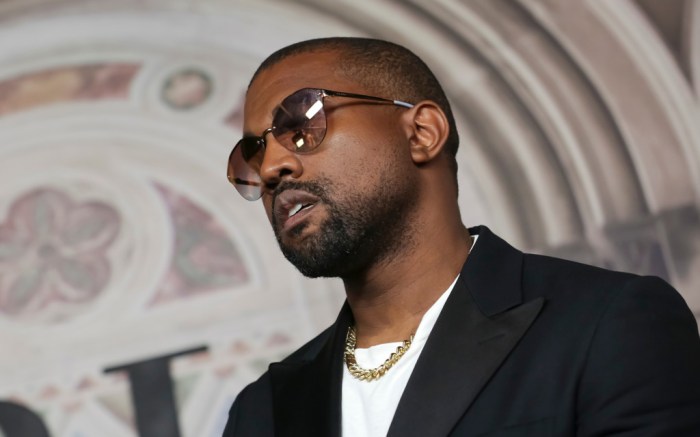 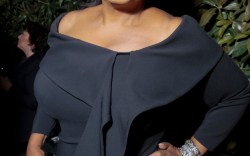 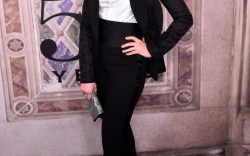 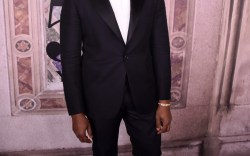 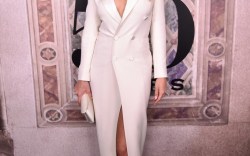 After a reporter asked West a question about the beef prior to Ralph Lauren’s 50th anniversary show on Friday, he became visibly angry.

“Why are you allowing trash journalists?” the Yeezy designer asked the event organizers. “She needs to be kicked out right now, or I’m leaving. Right now.”

The drama between Beckford and Kardashian began when he body shamed her on one of her Instagram photos, beginning the feud between the two by commenting, “Sorry. I don’t care for it personally.” Kardashian clapped back, writing, “Sis we all know why you don’t care for it,” leading fans to call the reality star homophobic.

West clearly did not want to discuss the drama, telling the journalist, “Ralph Lauren would be very ashamed that you asked that trash question.”

Although the reporter apologized for the question, West still demanded that she be booted, and event organizers ultimately removed her from the press line.

Inside the event, the 41-year-old appeared to have a better time. He tweeted an image from inside the venue, writing “I got a great seat.” The rapper sat at at a table that also held Oprah, Hillary Clinton and the man of the hour himself, Ralph Lauren.

I got a great seat pic.twitter.com/2e6o2BBb39

Click through the gallery to see more celebrity guests at the Ralph Lauren spring ’19 show.