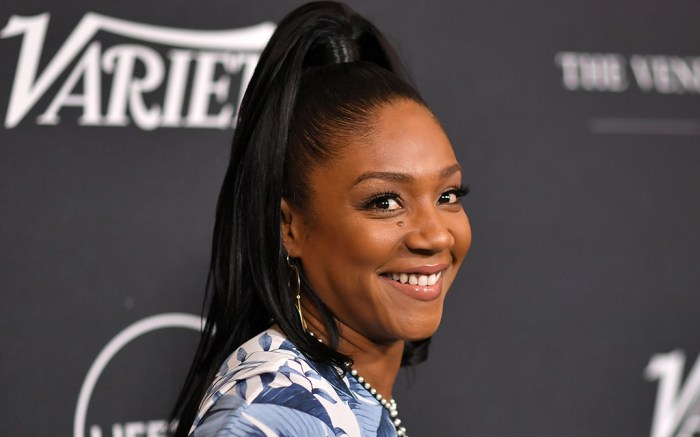 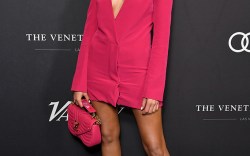 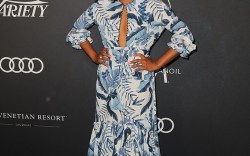 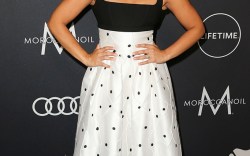 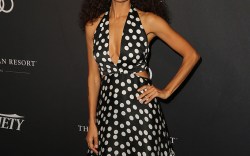 Some of Hollywood’s most outspoken and philanthropic figures gathered today in Los Angeles at Variety‘s annual Power of Women luncheon, presented by Lifetime, to celebrate women making a difference in show business and off-camera.

Among the special guests, Alyssa Milano — who has been a leader in the #Metoo sexual assault awareness campaign — chatted with FN on the power of heels.

“I feel powerful in anything, in Converse or in heels,” Milano said. “I think for me, because I’m 5 foot 2, having a little more height and seeing the world from a taller perspective is great.”

Milano had on a sleeveless black and white dress with black Loriblu pumps.

However, Tiffany Haddish revealed that the agony of heels gives her a different kind of strength. “In heels, I feel handicapped, but I can still run fast and kick some ass.”

Haddish had on a blue and white graphic-print dress with gold Jimmy Choo sandals.

The comedienne was honored for her philanthropic work with The Unusual Suspects Theatre Company, which provides creative programs to underserved youths.

Honorees included Natalie Portman, who was recognized for her contributions to the Time’s Up movement — which elevates awareness of the pay disparity, gender inequality and discrimination women face. Anti-gun violence activist Emma Gonzalez was lauded for her work with March For Our Lives, the student-led gun control demonstration held March 24.

Also recognized were actresses Regina King for partnering with I Have a Dream Foundation, an organization that provides social and academic support to low-income communities; and Lena Waithe, who has lent her star power to The Trevor Project, which works to prevent suicide among LGTBQ youths.

FreshPaper inventor Kavita Shukla was honored with the Moroccanoil Inspiration to Action Award for working to eradicate global food waste.

And men weren’t left out of the women’s celebration.

The EmPOWerment Award recognized Participant Media CEO David Linde for being a champion of women’s film projects and equal opportunities in the workplace.

Click through the gallery to see more guests on the red carpet.