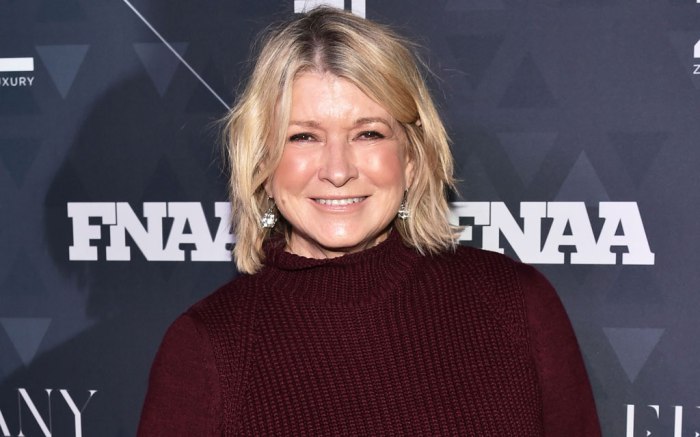 Martha Stewart looked back on the bold history of FFANY Shoes on Sale as she presented the charity with the Icon Award for Philanthropy at the FN Achievement Awards in New York tonight. According to Stewart, what made the idea especially important was the cause it benefited: first-step breast cancer research.

“This funding at the spark of an idea is the hardest research to get funding for, but it creates game-changing results,” she said in praise of FFANY Shoes on Sale.

The celebrity chef recalled the humble beginnings of The charity, reflecting on how the organization began with a shoe sale in Central Park. Customers bought tickets via Ticketron and lined up for the chance to buy donated shoes at 50 percent off their retail price.

“FFANY Shoes on Sale was a bold idea 25 years ago, before there was any cause marketing,” Stewart said of the initiative. “What a big idea — to rally as an industry to save lives. Fortunately, one of the guests in the tent was from QVC, and he said, ‘We think we can help you reach even more people.’ And wow, QVC has.”

Herself a QVC collaborator, the cookbook author welcomed FFANY president and CEO Ron Fromm and President and CEO of Qurate Retail Inc. Mike George to the stage as the duo accepted the Icon Award. After thanking Stewart for her support, Fromm explained the significance of what the footwear industry has done with FFANY Shoes on Sale.

“One in 8 women this year will be diagnosed with breast cancer,” he said. “The footwear community basically said, ‘We can be a force for good. We can set aside our competitiveness by day and be allies in charity.’”

Taking on a lighter tone, George made a cheeky comment about Stewart’s wardrobe from the stage — receiving rousing applause and laughs from the shoe industry influentials and celebrities who made up the audience.

“Martha is a wonderful part of our family, and has made a difference for us,” he said. And by the way, that fabulous outfit is available on QVC.com. Always be selling! So Martha, thank you.”

The FN Achievement Awards is a night in which business leaders, A-list celebrities, big-name influencers and more gather at the IAC Building in New York to recognize and celebrate veteran brands, emerging talents and revitalized retailers (watch the livestream here). This year’s honorees include Bruce Nordstrom, who was honored with the Lifetime Achievement Award; Diane Sullivan as Person of the Year; Tabitha Simmons as Designer of the Year; and Christie Brinkley and her daughters, Sailor Brinkley-Cook and Alexa Ray Joel, as FN’s first multigenerational style influencers; and more. (Learn more about all the honorees here.)

Click through to view celebrities on the 2018 FNAA red carpet.