Grant Hill Explains How the Fila Disruptor 2 Made Its Comeback 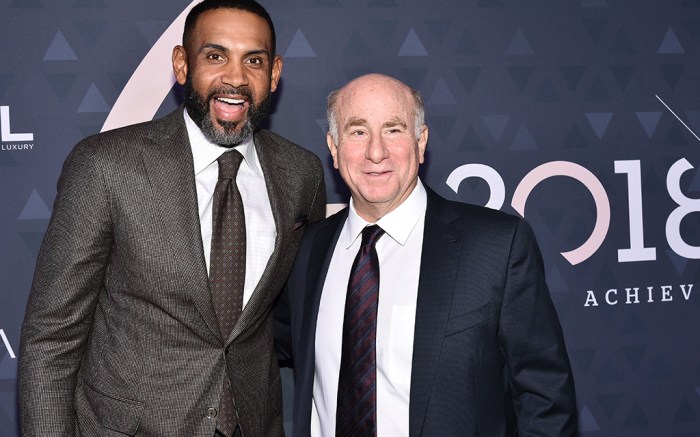 The Fila Disruptor 2 has officially made its comeback.

The second iteration of the original Fila Disruptor, launched in 1996, found itself on the heels of A-list celebrities, social media influencers and editors alike — an observation made by Grant Hill, who revived his partnership with the sportswear brand this year after signing a lifetime endorsement deal.

“We had a great run, some iconic shoes and great memories,” the former NBA star shared. “To be back with Fila and [North American president] Jon Epstein is like being back home. For them to be honored here tonight — and for me to be a part of that — is really exciting for the brand.”

A lot of the shoe’s success has to do with Epstein.

“At 3 a.m., Jon would pick up the bags of shoes and drive 300 miles to sell them himself. That’s the conviction of knowing a brand’s potential,” Hill explained during his introduction at the 2018 FNAAs. “All around that one F box, three vibrant colors and those four little letters. And today, Jon could bask in the accolades from those collabs with Barneys and Fendi. Instead, he’s in stores rearranging shelves and listening to kids about what they put on their feet and what that means to them.”

With that work ethic, it’s no surprise Epstein helped take the Disruptor from the streets of New York to the runways of Milan — and now into 1,000 Fila stores in China.

“We just got our first order from our little distributor in Mongolia — 144 pairs of Disruptors,” the Fila exec added.

“The brand is becoming very relevant on the performance side, yet we’re creating products that also show our real sense of style,” Epstein said. “The company has been at the forefront of innovation, and the Disruptor itself was one of the shoes.”