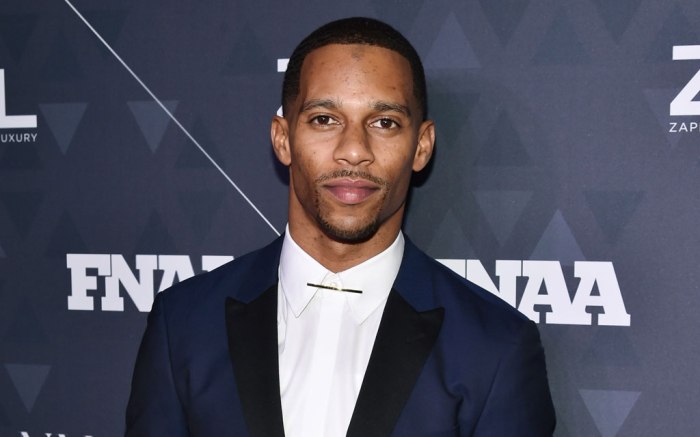 Victor Cruz revealed his favorite Pierre Hardy sneaker — and it turns out girlfriend Karrueche Tran is also a big fan.

“It’s the Trek Comet — I think that was the first shoe that really got my attention, and Karrueche loves that shoe, too. I’ve shown it to her a bunch of times, and she’s locked in,” he said from the red carpet at the 2018 FN Achievement Awards in New York tonight.

The ex-New York Giant is presenting Hardy — a close friend of his — as the shoe legend enters the FN Hall of Fame.

While Hardy and Cruz might seem like an unlikely duo, the pair have been friends for six or seven years. Cruz would visit Hardy’s showroom and get to know the designer, developing a relationship with him.

“I’m a big fan of his work. I think his sneakers and his luxury shoes are so beautiful, and the way he constructs it,” the former wide receiver explained. “I think his process is just remarkable, and I’m happy to be friends with him.”

The 32-year-old hit the red carpet in a blue suit by Tommy Hilfiger, which he paired with Pierre Hardy shoes. Apart from Hardy, footwear veteran Marc Fisher and retail guru Peter Harris of Pedder Group also join the FN Hall of Fame tonight.

Click through the gallery to see all of the arrivals at the FNAAs.

Pierre Hardy Reminisces About the Incredible Shoes That Defined His Career