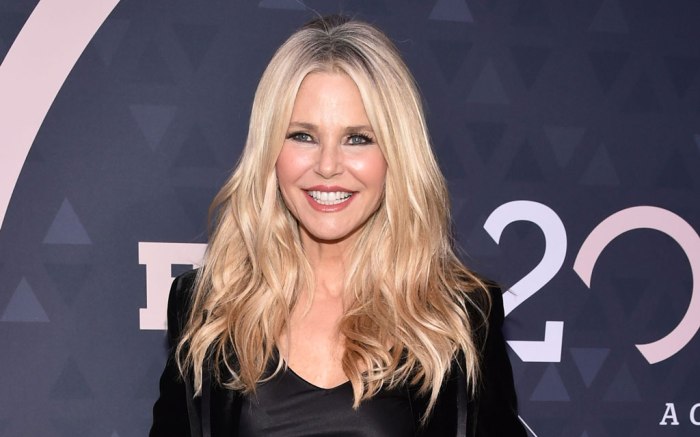 When it comes to fashion, Christie Brinkley wants women to stop worrying about dressing “for their age.”

Speaking on the red carpet at the FN Achievement Awards in New York tonight — where she will accept the prestigious Style Influencer Award alongside daughters Sailor Brinkley-Cook and Alexa Ray Joel —  the 64-year-old addressed the problem older women often face today.

“I feel like ageism is the last frontier in America that we really need to address because there’s so much of it going on, and women my age, they very often feel invisible,” she said, extolling the importance of the multigenerational award honoring her and her girls.

The star continues to have influence on women of all ages, including her own two daughters, after more than four decades in the spotlight.

While women of a certain age are often told they can’t wear certain clothing items, Brinkley explained that she doesn’t play by those rules.

“Everybody’s different, and everybody should make their own rules … I want women to feel like fashion is fun,” the supermodel said. “Fashion is about change, and change is good; change keeps you young.”

Brinkley hit the red carpet in a pair of Saint Laurent shorts paired with Fendi boots — going for a trendy look that proves she’s not afraid to experiment with the latest styles.

For more celebrities hitting the red carpet at the 2018 FNAAs, check out the gallery.

The FN Achievement Awards is a night in which business leaders, A-list celebrities, big-name influencers and more gather at the IAC Building in New York to recognize and celebrate veteran brands, emerging talents and revitalized retailers (watch the livestream here). This year’s honorees include Bruce Nordstrom, who was honored with the Lifetime Achievement Award; Diane Sullivan as Person of the Year; Tabitha Simmons as Designer of the Year; and Christie Brinkley and her daughters Sailor Brinkley-Cook and Alexa Ray Joel, as FN’s first multigenerational style influencers; and more. Learn more about all the honorees here.