Who Wore the Best Shoes to the 2018 FN Achievement Awards? 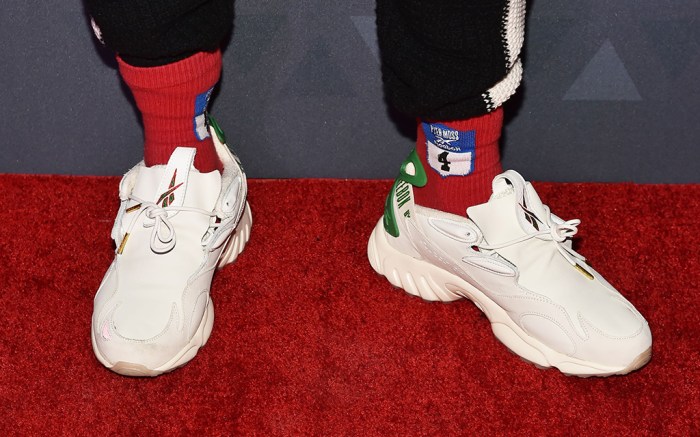 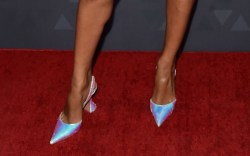 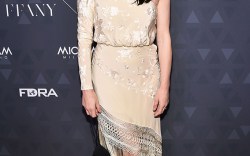 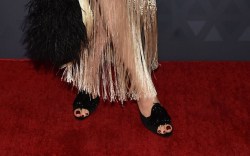 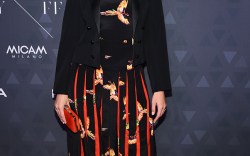 It was all about the shoes at the 2018 FN Achievement Awards on Tuesday night in New York. Celebrities and designers gathered to celebrate the best and brightest in the footwear industry, and many used the opportunity to show off their shoe game.

Kerby Jean-Raymond, who took home the Collaboration of the Year Award for his Pyer Moss partnership with Reebok, wore the sneakers that earned him the honor. Called the DMX Daytona Experiment 2, Jean-Raymond wore the ’90s-inspired kicks on the carpet.

He said onstage, “I started designing because I wanted to be a sneaker designer, and somehow, by accident, I became a fashion designer. It wasn’t intentional. And I’m happy that Reebok has given me the opportunity to kind of segue back to where I started.”

Chloe Gosselin also made a statement in a pair of her own shoes. She wore the new Clara sandal in green and crepe satin.

Victor Cruz was in attendance as well and introduced designer Pierre Hardy, who was inducted into FN’s Hall of Fame. The former NFL star revealed to FN on the red carpet that he’s such a sneaker fanatic that his shoe collection is about 400 pairs. For FNAAs, Cruz went with Pierre Hardy’s two-tone blue and black leather derby lace-ups.

“I’m a big fan of his work. I think his sneakers and his luxury shoes are so beautiful, and the way he constructs it,” Cruz said. “I think his process is just remarkable, and I’m happy to be friends with him.”

Click through to view more of the best shoes on the red carpet at the 2018 FN Achievement Awards.