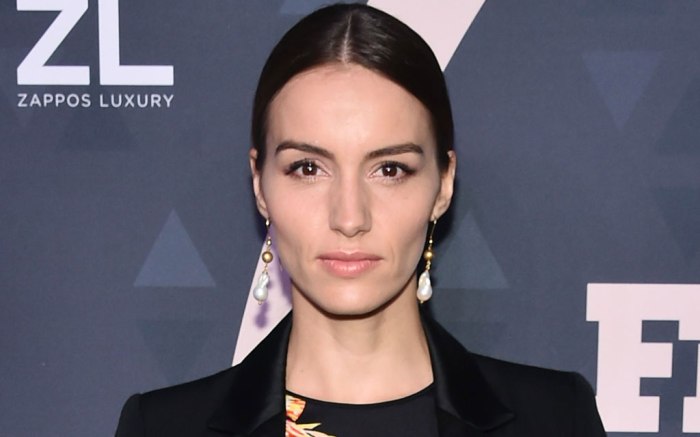 Chloe Gosselin got a sweet introduction from fashion legend Diane von Furstenberg as she accepted her FN Achievement Award in New York tonight.

Presenting Gosselin with the 2018 Emerging Talent Award, von Furstenberg called the designer a “pusher of creativity.”

Von Furstenberg explained how, in just a few years, Gosselin has built a successful brand. She chronicled Gosselin’s beginnings, from night classes at FIT before launching her label in 2014 to becoming a CFDA member shortly after being a CFDA Vogue Fashion Fund finalist.

“It’s been a pleasure, with love and respect and admiration, to give this award to Chloe Gosselin,” von Furstenberg said, inviting Gosselin onstage.

After thanking the usual suspects — her team, her family, her friends — Gosselin took the time to thank the many women who choose to wear her designs.

“I want to thank all the women out there who are wearing my shoes,” the designer explained. “I know that you’re fierce, full of dreams and ambition, and I’m honored that you’re choosing to walk through life in my creations.”

Among those who choose to “walk through life” in Gosselin’s shoes are a slew of A-list celebrities. Keira Knightley, Reese Witherspoon and Nicole Kidman all have stepped out in her creations.