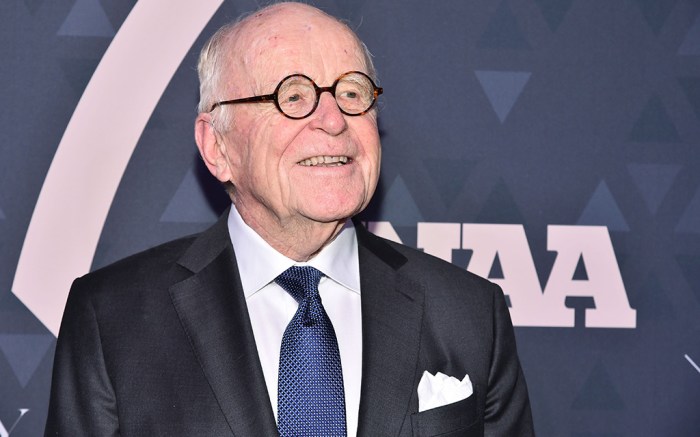 “I’m a shoe dog. I say that with all my heart. That doesn’t sound like a complimentary title, but that’s me,” declared Bruce Nordstrom today onstage at the Footwear News Achievement Awards in New York. It’s an apt statement coming from a retail icon who cut his teeth at 9 years old sweeping floors at his family’s store.

Nordstrom, who was introduced by his son Erik, recalled his four-decade career today as he was honored with the Lifetime Achievement Award.

“The fact that this business was started by a Swedish immigrant who never went to school,” he recalled. “I started selling shoes at 14. This thing about service — that’s where it started back in those days.”

When Nordstrom was 30, he was managing his family’s stores in Portland, Ore. “We had a number of stores and sold some dresses and suits; the shoe thing is still the heart of our business.” Now the retailer has around 76,000 employees.

At that age, Nordstrom was named president. “I’m 85 years old now — so that’s a big scope there.”

“So here I am tonight, so proud to get this recognition and our company’s recognition. I love the shoe business.”

See photos from the red carpet at the 2018 FNAAs.