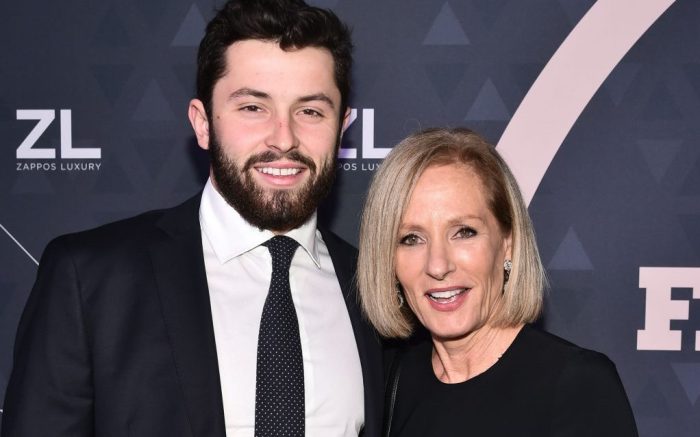 Cleveland Browns quarterback Baker Mayfield anticipated that people wouldn’t understand why he was presenting Caleres CEO Diane Sullivan with the Person of the Year Award at the 2018 FNAAs tonight.

“I’m guessing a lot of you are curious why Diane chose me, a rookie quarterback from Cleveland, to present her with Person for the Year,” Mayfield said as soon as he hit the stage at the IAC Building in New York.

The star of the gridiron then let the industry insiders in on a conversation he and Sullivan had leading up to the show.

Apparently, the football player and the shoe industry veteran had more in common than he thought. However, Mayfield did say he wasn’t Sullivan’s first choice.

“Here’s the last thing she said to me: ‘Really I wanted a handsome young man to present me with this award, but Tom Brady wasn’t available,’” Mayfield said with a laugh.

But Sullivan did let everyone know the real reason why she aligned with, and admires, Mayfield.

“I think you embody everything that I respect, which is courage, confidence and that idea that you have a vision about where you’re going to go,” Sullivan said.