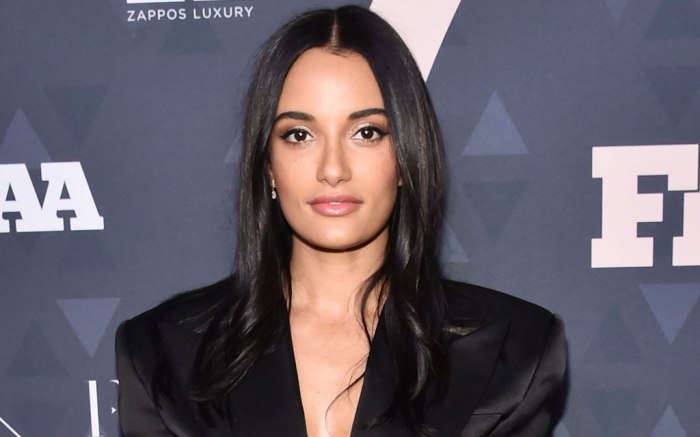 While accepting the FN Achievement Award for Launch of the Year, Amina Muaddi couldn’t help getting emotional.

The designer — who launched her namesake label just three months ago — got teary-eyed as she hit the stage at the FNAAs in New York tonight, explaining that she told Attico designer Giorgia Tordini, her pal who presented the award, “not to make her cry.”

In the three months since her see-now, buy-now launch, the label has already made a splash. Styles from Muaddi’s collection were scooped up by Browns, Net-a-Porter, FWRD by Elyse Walker and Level Shoes.

But the humble Muaddi doesn’t see her tremendous success as a given. In her acceptance speech, she described feeling awe at being able to fulfill her shoe industry dreams.

“For a girl who comes where I come from — I’m half Jordanian and half Romanian — to be here, to be able to live my dreams and inspire Middle Eastern women to live their own dreams and be able to dress women I could have never imagined I’d be able to dress, it’s an honor,” Muaddi said.

At age 32, the designer has already founded two successful shoe labels, having previously co-founded Oscar Tiye at age 25. Muaddi thanked her friends who have supported her throughout her years in the business.

“I had a company from the few people that knew me for five years before this … They’ve always been near me, supporting me, guiding me all the way,” she said. “As soon as I left with a broken heart, some of the people here in this room told me if I did it once, I would be able to do it again. So I am so happy to be here.”

The FN Achievement Awards is a night in which business leaders, A-list celebrities, big-name influencers and more gather at the IAC Building in New York to recognize and celebrate veteran brands, emerging talents and revitalized retailers (watch the livestream here). This year, Bruce Nordstrom was honored with the Lifetime Achievement Award, Diane Sullivan was named Person of the Year, Tabitha Simmons won Designer of the Year and Christie Brinkley and her daughters, Sailor Brinkley-Cook and Alexa Ray Joel, were awarded as FN’s first multigenerational style influencers. Learn more about each of the honorees here.