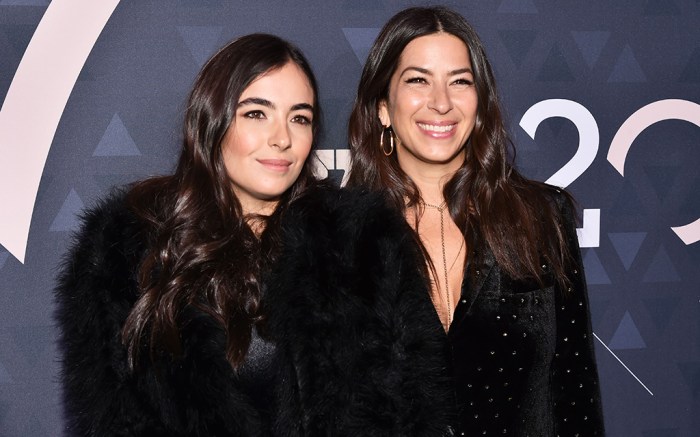 Rebecca Minkoff is living proof that humble beginnings can grow into wild success stories — and she hasn’t forgotten the people who have supported her along the way.

While accepting her award for Social Impact of the Year at the FN Achievement Awards on Tuesday night in New York, the co-founder and creative director of her namesake label was presented by Alanna Masterson, star of “The Walking Dead” — and someone Minkoff used to babysit.

“It’s been a real honor to see her go from babysitter to powerhouse,” Masterson shared in her speech. “Rebecca designed her first ‘I Am New York’ shirt in 2001 and donated part of the money to the Red Cross to help with destruction downtown. Since then, she’s continued her mission of giving back. Now she’s hard at work refocusing on modern women, insisting that each one of us should be viewed as multidimensional women with their own power and endless wisdom.”

This year, Minkoff launched two projects following that mission, the first of which being her “I Am Many” campaign that debuted this fall.

“For a long time, women were marketed to as being one thing: ‘Be brave, be bold, be ambitious,’ but that doesn’t celebrate the many dimensions, roles or personalities of a woman,” Minkoff said about the campaign. “My success is because of other women who have had my back, and people, now more than ever, want to be part of a tribe, so this campaign addresses both: There are many parts of you, and there are many of us.”

She also partnered with IMG and other nonprofits to found the Female Founder Collectives, which aims to support women-led businesses by creating a special logo that identifies products made by female-owned businesses.

As part of her platform for empowering women and connecting closely with her female audience, Minkoff is very active on social media. There, she continues to share interviews with influential women from all walks of life on her empowering “Superwomen” podcast.

“I’ve loved highlighting these special stories and the many women who participated in our campaign,” she said.

Click through to view Pierre Hardy’s most iconic shoe designs.

See all of the FNAA 2018 red carpet arrivals.