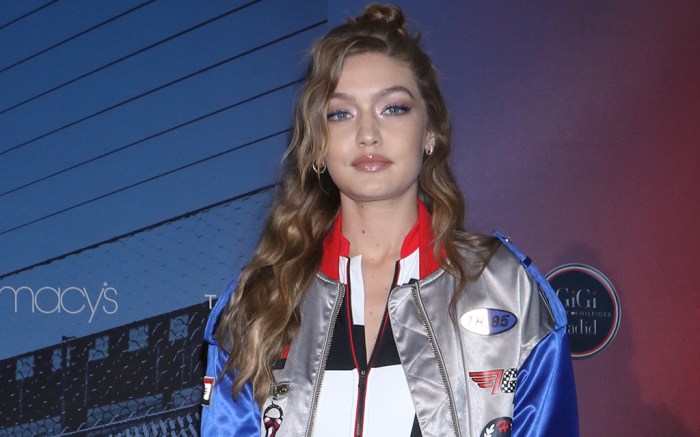 Gigi Hadid had a busy week in New York. Between celebrating her birthday on Monday, supporting Serena Williams with sister Bella Hadid on Wednesday and hosting a Gigi Hadid x Tommy Hilfiger event on Thursday, it was a festive stretch.

The model was at Macy’s Herald Square to commemorate her watch collection with Tommy Hilfiger, clad in apparel from her namesake collection with the designer. She could be seen posing for photos and signing autographs with fans while on the scene until a small group of protestors disrupted the flow.

Photographs captured the seemingly brief moment in which the anti-fur crowd appeared holding accusatory signs, such as “Animal Abuser,” aimed at Hadid. Security swiftly de-escalated the situation and escorted the protestors out of the venue.

The 23-year-old appeared to remain wholly composed throughout the ordeal, maintaining the same demeanor throughout. And Hadid’s fans showed support.

So Unfair What Happened To You TodaY But You Showed Strength & Love 💪🏼💗 & I Was So LuckY To Be The Last One To Give You A Big Hug 🤗 Your #GiForce Loves You ❤️ God Bless You @GigiHadid 🙏🏼 #GigiHadid TommYHilfiger #TommYxGigi #TogetherTour #MacYs pic.twitter.com/lOsqk957oh

Twitter user @nourspot posted a selfie with Hadid, captioning the photo “so unfair what happened to you today.” She continued,”you showed strength and love and I was so lucky to be the last one to give you a big hug.”

Neither Hadid nor Tommy Hilfiger have spoken publicly about the incident.

Gigi Hadid Soars to New Heights in These Ultrachunky New Sneakers With a $1,040 Hoodie