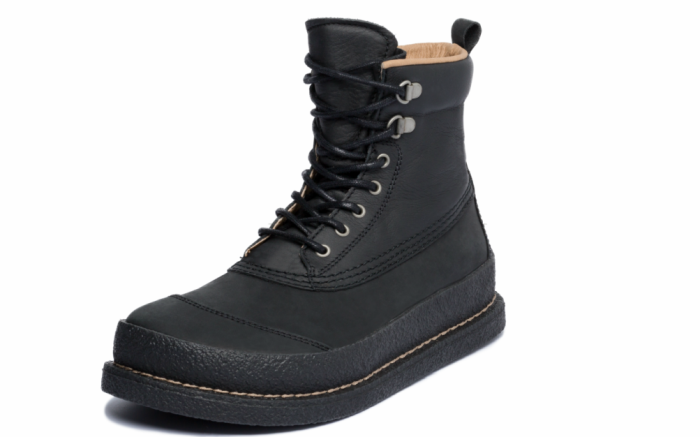 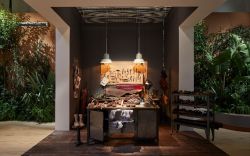 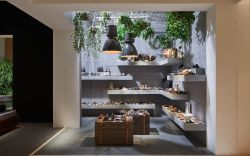 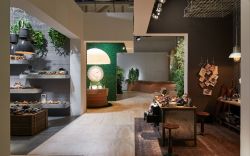 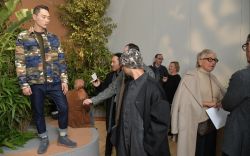 Hot on the heels of its Rick Owens collaboration announcement, Birkenstock previewed its full fall ’18 collection at Pitti Uomo in Florence, Italy, today. The presentation showcased styles for men, women and children within the new trade show format that the brand debuted during Paris Men’s Fashion Week in June.

During a breakfast event staged over a 7,535-square-foot area, with both indoor and outdoor elements, models sported highlights from the upcoming season.

Stars of the show were the new women’s Masi boot, which features Inuit style lacing, butter-soft suede, a crepe sole and that famous footbed. For men, it was the sporty Rotterdam sandal with its Velcro closures and EVA midsole that got everyone talking. The unisex Loen leather boot made up a trio.

However, the label’s presentation also democratized the process by featuring a street-casting element as well. Birkenstock tapped street-style photographer Adam Katz to showcase the Pitti peacocks, the show’s dapper denizens. During the fair, he will scout the hippest visitors he lays eyes on within the grounds of Pitti Uomo, where he will shoot them wearing key styles from fall 2018. The images will feature on the label’s social channels.

There were also light installations and a video projection showing the deconstruction of a footbed plus open spaces with cozy lounges where assembled guests — not fortunate enough to be wearing Birkenstocks — could, quite literally, take the weight off their feet. Sleep systems (Birkenstock speak for beds) were on display as well. The brand has recently diversified into furniture and also a natural cosmetics line, Birkenstock Natural Care, with foot lotion aplenty.

As reported, Birkenstock just announced the newest leg of its Birkenstock Box project, also in partnership with Rick Owens. The mobile retail concept designed by Gonzalez Haase AAS is setting up shop March 16-20 outside Owens’ L.A. store on La Brea Avenue. Following stops in Berlin, New York and Milan, this new two-story iteration will be the most ambitious to date, and the white exterior is an arresting contrast to Owens’ habitual black.

Click through the gallery for more from Birkenstock’s fall ’18 presentation at Pitti Uomo.