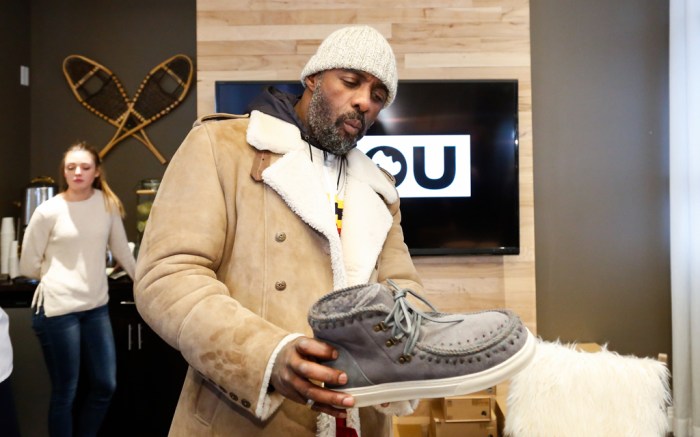 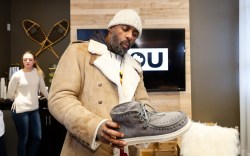 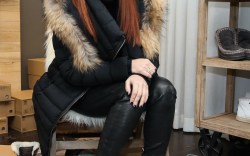 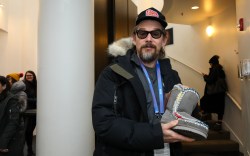 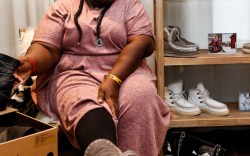 For celebrities, one of the best parts of attending the Sundance Film Festival in Utah is the gifting suites, where they have a chance to check out new products and even score some swag.

FN’s sister publication IndieWire is hosting a video suite at the festival in Park City, which started last week and continues through Jan. 28. In the suite, boot brand Mou has set up shop and has been introducing celebrities to its boho-chic styles.

According to the label, a number of film and TV stars have snapped up pairs for themselves, as well as for friends and family.

Actor Evan Peters, for instance, picked up some boots for himself, plus a second pair for his girlfriend, Emma Roberts. The two were in town for the premiere of Peters’ latest film, “American Animals,” a based-on-true-life heist flick.

But by far the biggest fan of the Mou boots this week has to be Elle Fanning. In between appearances at the festival to promote “I Think We’re Alone Now,” a new post-apocalyptic movie in which she co-stars with Peter Dinklage, Fanning visited the booth and put in an order for $1,000 worth of boots.

The London-based Mou brand, founded by Shelley Tichborne, is best known for its soft shearling-lined boots. One of its most popular styles is the Eskimo ankle boot, which comes in a range of leathers, with playful embellishments including crystal flowers, fringe and fur embellishments.

For spring ’18, the label will offer summery versions of the Eskimo — think bright colors such as red and yellow or denim fabric with floral embroidery.

Click through to see more celebrities in Mou boots at Sundance.

Ugg Boots Hit the Runway With Another High-Fashion Brand