The Worst Runway Wipeouts Ever, From Ming Xi, Bella Hadid and More 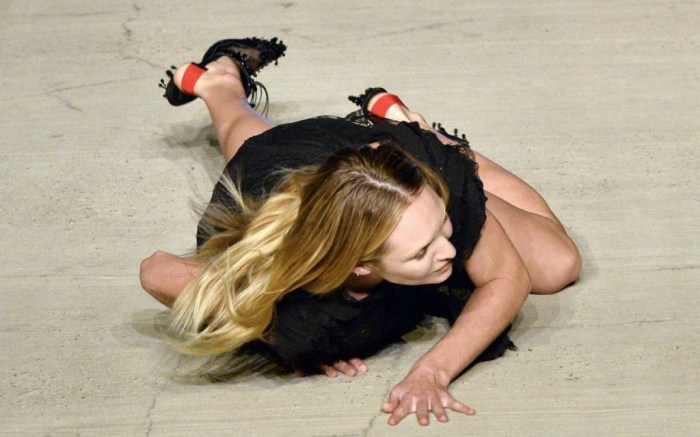 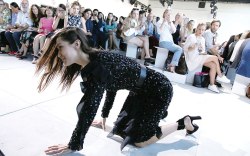 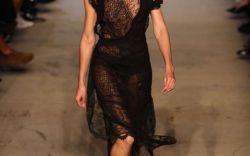 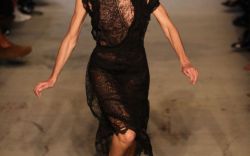 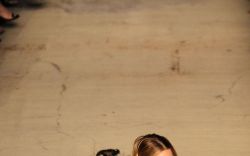 Even the world’s most famous supermodels go down sometimes. From burgeoning runway stars to catwalk veterans, some falls are simply unavoidable when sky-high platforms are involved. Scroll through to see some of worst wipeouts during Fashion Week over the years, from Bella Hadid last fall to Naomi Campbell in Paris circa 1993.

All eyes were on Gigi Hadid’s younger sister as she strutted her stuff in a sparkling belted black dress and towering ankle-buckle sandals for Michael Kors’ spring ’17 show at NYFW.

Unfortunately, as the Nike ambassador rounded the corner, she stumbled and fell to her knees. Hadid recovered quickly, getting right up and carrying on with a smile. Later she joked that she had a new career because of the trip, tweeting, “Guys I’m a professional break dancer now I forgot to tell u.”

At the Givenchy spring ’15 show in New York, Victoria’s Secret angel Candice Swanepoel took a nasty tumble in a semisheer dress and a pair of pointy embellished slingback pumps.

Taking to Instagram after the incident, the model showed off her painful-looking scraped knees, captioning the shot, “Thank you to who ever picked me up off the runway tonight. 🙏🏻left with little scratches but mostly a bruised ego 😁☺️😘 #ohwell.”

In 1993, supermodel Naomi Campbell fell in a pair of Vivienne Westwood platform heels at a runway show in Paris.

“[The audience was] nervous until I started laughing, and then they were laughing, too,” she explained. “I got up and continued, but I haven’t done so badly.”

Gigi Hadid Stumbled on the Runway Wearing These Edgy Heels

The Worst Celebrity Wipeouts of 2017