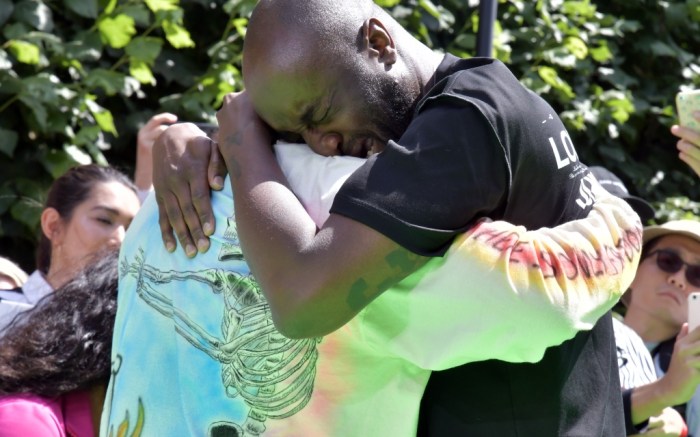 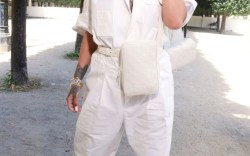 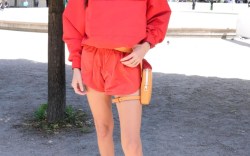 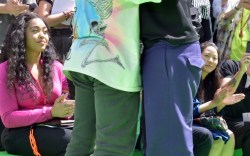 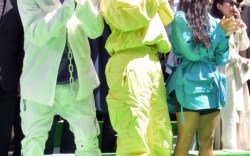 Longtime friends Kanye West and Virgil Abloh shared an emotional moment in the front row at the Off-White founder’s debut show as the new artistic director of Louis Vuitton Homme today. There to take in Abloh’s spring ’19 menswear collection for the French fashion house at Paris Men’s Fashion Week, the Yeezy designer sat next to wife Kim Kardashian as well as Travis Scott and Kylie Jenner.

West and Abloh both appeared to be in tears as they embraced each other on the sidelines of the bright neon green runway.

Prior to skyrocketing to fame after founding cult streetwear label Off-White in 2015, Virgil Abloh was largely known for his personal and professional relationship with rapper-turned-designer Kanye West.

Abloh started working with West in 2002, and the pair notably interned together at Fendi in 2009, the same year that Abloh took on the role of artistic director for Donda.

Virgil and Kanye after the #LVMenSS19⁠ ⁠ fashion show in Paris today. 😢 via @takashipom pic.twitter.com/9MF6GBfftL

West recently opened up about his feelings about his friend’s new position at Louis Vuitton in an interview with Charlamagne tha God, sharing: “There is some validation in the fact that someone that I came up with is now the head at Louis Vuitton.”

The “Ye” rapper also revealed that Abloh told him about the appointment before the world found out. “He made the call about two minutes before it hit the internet,” he said.

Click through the gallery to see more photos of celebrities on the front row at the Louis Vuitton show.

40 Under 40: Young Design Stars Who Are Making Bold Moves