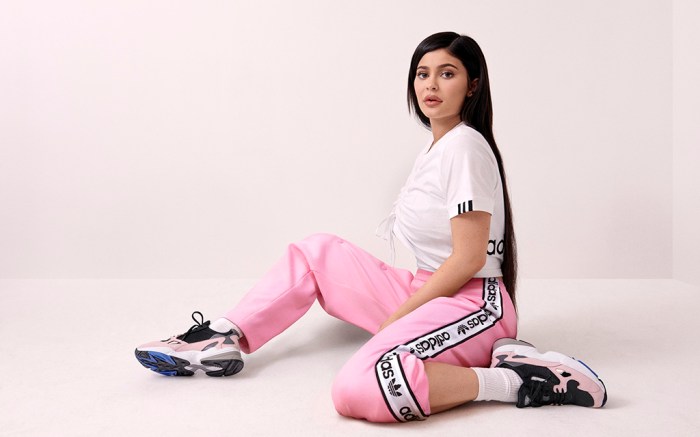 It’s here: Kylie Jenner’s much-awaited Adidas Falcon shoes have finally made their way to the market — and they’re certain to sell like anything you can expect from the reality star-turned-entrepreneur.

Announcing the release on Instagram, the 21-year-old mogul shared three consecutive clips that captured the cool-girl spirit of her shoot with the sportswear brand, which she joined as a brand ambassador two years after signing on to rival Puma.

The new Adidas Falcon, which launched globally today, is the centerpiece of the TV personality’s debut campaign for the brand. It was inspired by the Falcon Dorf, an Adidas Originals runner released in 1997 — the same year Jenner was born.

Jenner’s posts follow shortly after she shared back-to-back portraits wearing a fiery skintight minidress paired with a textured top-handle purse in bright orange and Brian Atwood pumps in the same shade. The monochromatic look was proof that the new mama can pull off just about any sartorial risk, from the ’90s dad shoe trend to head-to-toe neon.

Click through the gallery for a closer look at Kylie Jenner’s Adidas Falcon campaign.