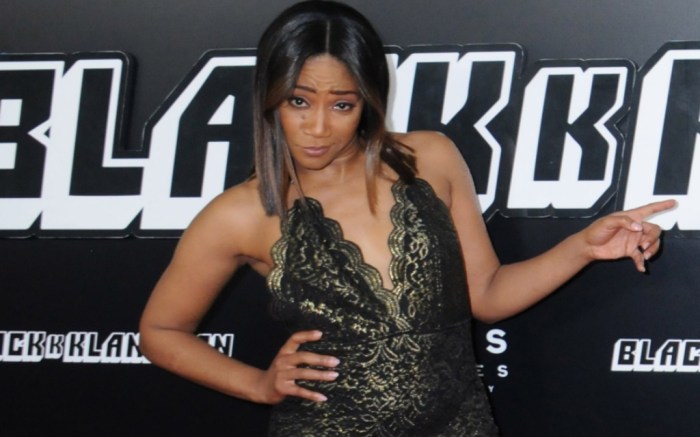 The hilarious Tiffany Haddish — sporting a baby bump that social media is still trying to figure out is real or not — was just twerking in front of a prison dressed in a red minidress, bejeweled cropped denim jacket and high-heel Timberlands.

This is why the world loves her, essentially. The award-winning actress is never afraid to be outrageous, especially when she’s feeling inspired. In this case, it seems as though she was inspired to dance yesterday for what she called “Twerk Friday,” as well as by Nicki Minaj’s new buzzy song “Barbie Dreams.”

“I had to do it yesterday was Twerk Friday. And I also I love this new #nikkiminaj song. #SHEREADY #BARBIEDREAMS,” Haddish’s caption reads.

The 38-year-old author also tagged her TBS series “The Last O.G.,” which stars Tracy Morgan, leading to speculation that she was most likely dressed in character and appearing in outside a prison as a part of the show. She also tagged Nicki Minaj.

Check out some of Tiffany Haddish’s breakout style moments here.