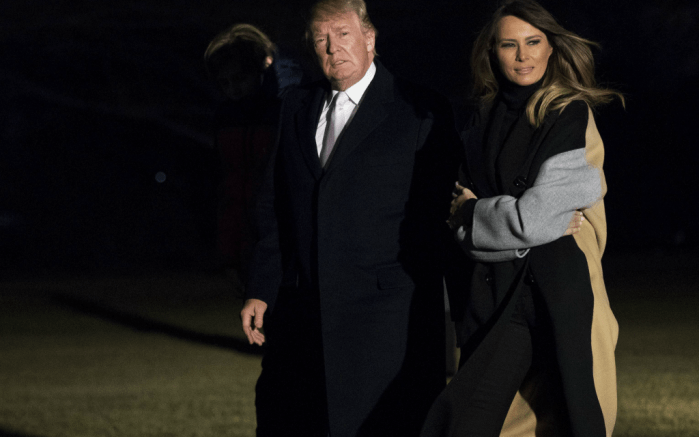 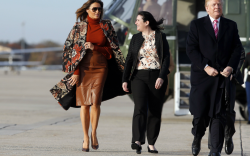 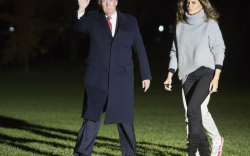 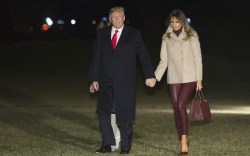 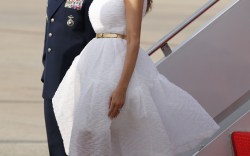 The 128-room mansion — which the president purchased for $5 million in 1985 before turning it into a private club 10 years later — is where the family likes to get away from the cold weather of the Northeast. Moreover, with temperatures dropping, the Trumps have been spotted traveling to and from the lavish destination quite a bit recently.

Just last night, Trump, along with first lady Melania Trump and their 11-year-old son, Barron Trump, were photographed arriving back at the White House after spending the weekend at the resort.

For the trip, the 47-year-old former model bundled up in a $750 Acne color-block wool and cashmere-blend coat paired over a black turtleneck with matching dark pants and black knee-high booties from Christian Louboutin.

A loyal fan of Louboutin, the Slovenian-born mom of one unsurprisingly opted for footwear from the iconic French designer.

Similarly, after spending New Years Eve at Mar-a-Lago, the couple returned on the first with Melania sporting burgundy pointed Louboutin stilettos teamed with leather leggings from Helmut Lang in the same colorway and a nude Bottega Veneta double-breasted cashmere coat.

For more of Melania Trump’s style going to and from Mar-a-Lago, check out the gallery.