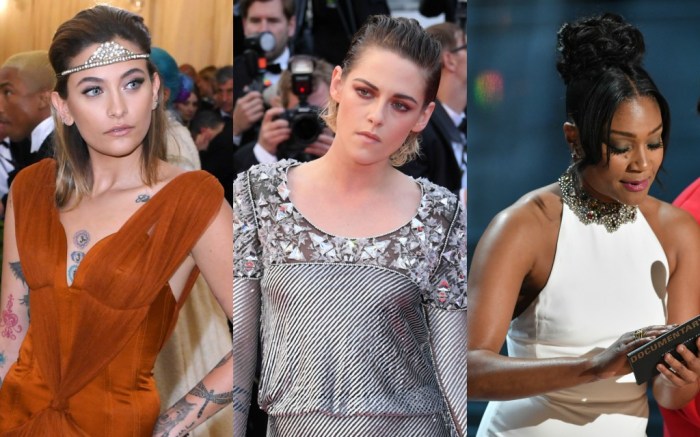 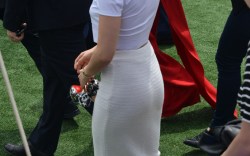 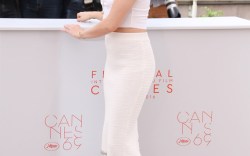 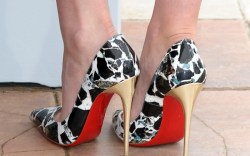 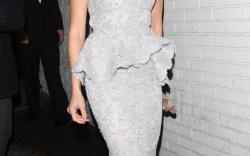 There’s no question that sky-high heels look amazing on camera, from the red carpet to the stage, but with the good comes the bad.

Throughout 2018, there have been memorable moments when Hollywood stars kicked off their heels in the name of comfort.

Today in the South of France, at the premiere of “BlacKkKlansman” at the Cannes Film Festival, Kristen Stewart made her feelings known about the festival’s archaic policy of no flats on the red carpet — a feud she’s been part of for nearly three years.

The “Twilight” actress removed her pointy black Christian Louboutin pumps as she posed for photos, then walked up the staircase in her bare feet and shoes in her hands.

Her rift with Cannes organizers began in 2015, best known as “#heelgate,” when a large group of women wearing flats were denied access to the screening of “Carol.”

The agony of heels at high-profile events is familiar to many stars who’ve had to grin and bare it. In fact, last night at the British Academy of Television Awards in London, actress Daisy May Cooper ditched her red high-heeled peep-toe ankle booties as she took to the stage barefoot to accept her Best Female Performance in a Comedy award for her role in BBC Three’s “This Country.”

Following the 2018 Met Gala on May 7, Paris Jackson was spotted heading back to her hotel in her burnt orange Stella McCartney gown without shoes. The King of Pop’s 20-year-old daughter, who accessorized with a crown and sunglasses, lifted her flowing dress as she walked barefoot on the pavement.

Meanwhile, who could forget the moment that Maya Rudolph and Tiffany Haddish hit the stage at the Oscars to present the award for Best Documentary and Live-Action Shorts with their red carpet heels in hand?

The comedy duo jokingly complained about the burden of wearing heels, with the “Girls Trip” star appearing to be rocking Ugg slippers paired with her famous white dress, while Rudolph’s feet were completely covered by her floor-length red gown.

Prior to the Academy Awards, Felicity Huffman was captured leaving Diane Von Furstenberg’s Oscar luncheon barefoot. The “Desperate Housewives” star, who donned a blue floral dress and a cream scarf wrapped around her neck, held on to a pair of nude stilettos.