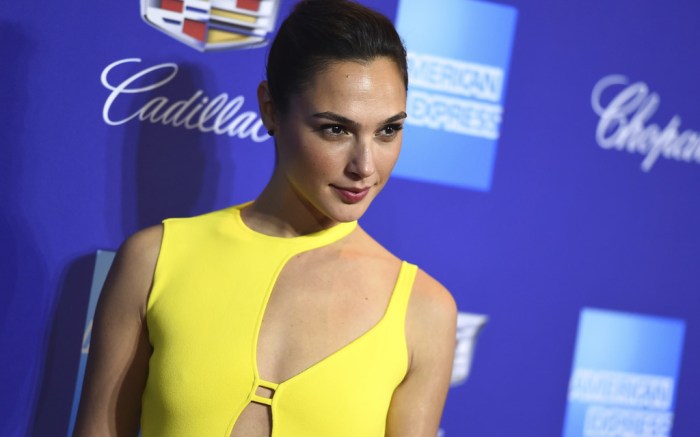 Gal Gadot, who is slated to present at tomorrow’s Golden Globe Awards, is among those that will wear black to help raise awareness for the anti-harassment initiative Time’s Up, which was signed by 300 women, including Best Actress nominee Reese Witherspoon. The “Wonder Woman” star, who often wears bright colorways, from yellow to pink, on the red carpet — will don noir alongside Saoirse Ronan, Mary J. Blige, Allison Janney, Julia Louis-Dreyfus and more.

And while there’s no word yet on who will be designing her dress for the occasion, you can bet the the actress, 32, will be shining on the red carpet. That said, FN is taking a look at some of Gadot’s boldest, most colorful moments in recent months.

Just this week, the mom of two stepped out in a bright canary yellow gown paired with nude ankle-strap sandals at the Palm Springs International Film Festival Awards Gala, where she took home the Rising Star Award.

At the GQ Men of the Year Awards last month, the Israeli actress turned heads in a plunging red mididress courtesy of Dior, which showed off sexy strappy Christian Louboutin pumps.

Last May, at the L.A. premiere of “Wonder Woman,” Gal made waves in a red sequined halter gown paired with open-toe sandals.

For more of Gal Gadot’s style, check out the gallery.