Reese Witherspoon, Emilia Clarke and More Celebs Who Made a Bright Statement at the AFI Awards Luncheon 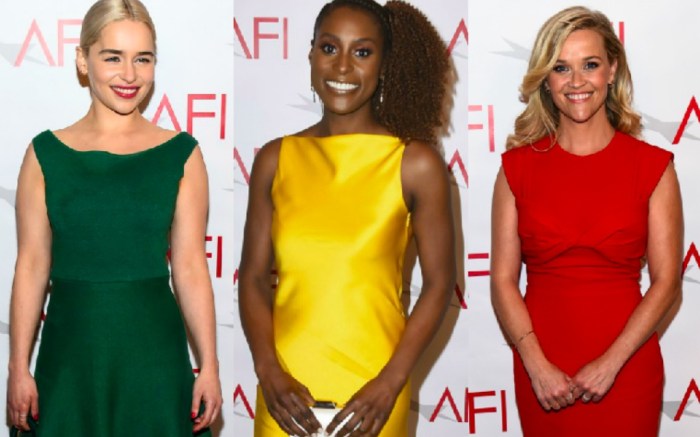 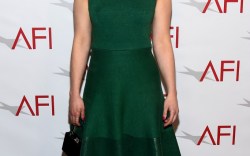 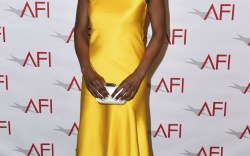 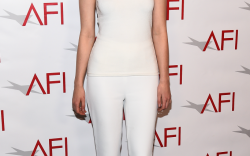 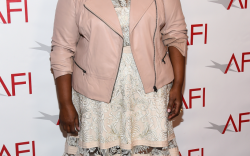 While the biggest names in Hollywood plan to make a statement in all black at Sunday’s 2018 Golden Globe Awards, they were all about color at the AFI Awards luncheon on Friday. For the occasion, stars like Reese Witherspoon and “Game of Thrones” star Emilia Clarke stepped out in eye-catching, elegant ensembles.

Witherspoon — who is nominated for a Golden Globe for Best Actress in a Miniseries (for her role in “Big Little Lies”) — opted for a bold red frock. She paired it with classic pointy-toe nude Christian Louboutin “Chiara” pumps.

As for “Lady Bird” star Saoirse Ronan — who is nominated for Best Actress in a Musical or Comedy at the Golden Globes — the 23-year-old Irish-American actress showed off an all-white ensemble, including fringe-trim trousers and platform peep-toe pumps.

To check out more eye-catching celeb looks at the AFI Awards luncheon, scroll through the gallery.