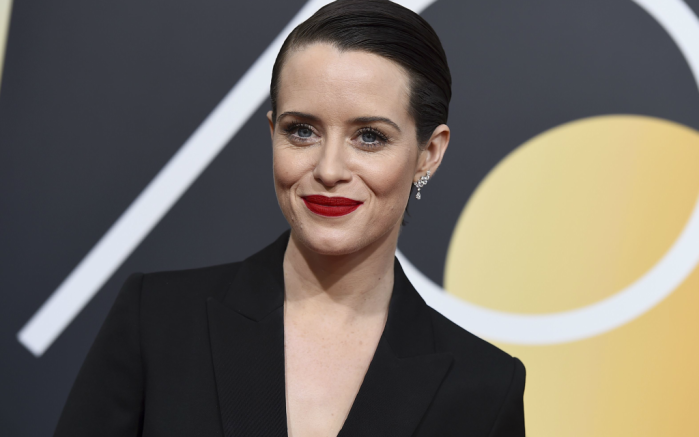 Celebrities are making a statement with their ensembles at tonight’s Golden Globes, wearing black in solidarity with the Time’s Up movement, standing against sexual abuse and harassment. And while many actresses opted for noir dresses for the evening, others decided on menswear.

Claire Foy — who is nominated for Best Actress in a Drama TV Series for her role as Elizabeth II on Netflix’s “The Crown” — rocked a suit with slicked back hair, a bright red lip and pointy pumps.

Former Golden Globe winner Kyra Sedgwick also stepped out in a sleek black pantsuit for the occasion. Walking the red carpet with husband Kevin Bacon, who is nominated for Best Actor for his role in Amazon’s “I Love Dick,” the 52-year-old actress appeared to complete her look with peep-toe pumps.

Presenter Gal Gadot put a menswear spin on her Golden Globes look for the night, adding a cropped blazer over her simple strapless dress. Pointy patent pumps pulled the ensemble together.

For more celebrity style on the red carpet at the 2018 Golden Globes, check out the gallery.