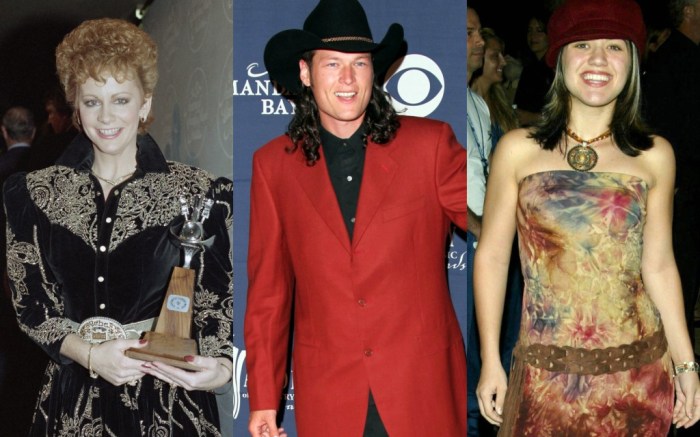 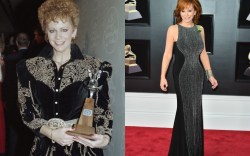 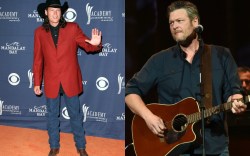 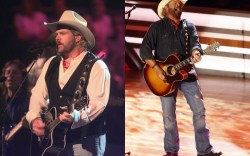 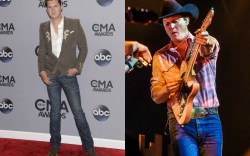 The 53rd annual Academy of Country Music Awards just got a little more interesting as a new lineup of superstar performances was revealed today. This year, the awards will debut “ACM Flashbacks,” honoring three of country music’s hit songs from 1993 with collaborations featuring Toby Keith and Blake Shelton, Reba McEntire and Kelly Clarkson, and Alan Jackson and Jon Pardi.

Toby Keith and Blake Shelton are slated to perform Keith’s breakout smash, “Should’ve Been a Cowboy,” while Alan Jackson and Jon Pardi will sing “Chattahoochee.” Host Reba McEntire will take on her Linda Davis duet “Does He Love You” with Kelly Clarkson.

With a focus on the past, FN rounded up what some country stars looked like at the beginning of their careers versus now.

Before going on to win numerous awards throughout the years and becoming a coach on “The Voice,” American Idol’s inaugural winner used to wear belted dresses over flared jeans with chunky sandals in the early 2000s.

Since then, Shelton cut off his shoulder-length locks and has grown a bit of a beard as seen here last month on stage in Nashville.

This Is Why Reba McEntire Owns 80-Plus Boots