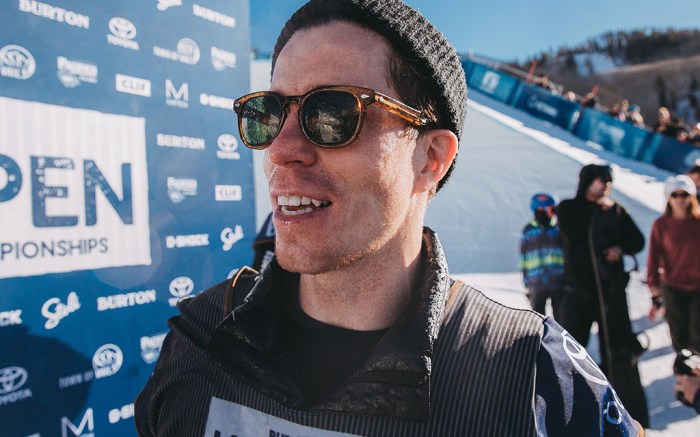 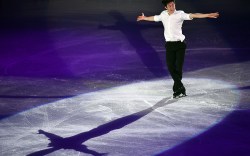 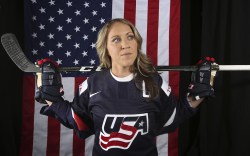 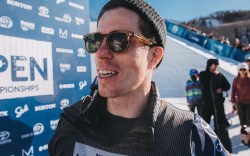 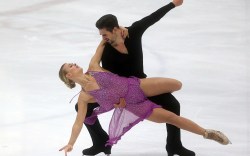 The 2018 Winter Olympic Games are only days away. And while global issues have cast a slight cloud over the excitement, for the many athletes set to compete next month in South Korea, the dream of scoring an Olympic medal remains their primary focus.

Here, FN profiles 12 competitors to watch, including a snowboarding veteran who’s still at the top of his game and newcomers who are breaking down barriers. Read our athlete profiles and click through the slideshow for what you need to know about some of Team USA’s best.

Snowboard icon Shaun White has accomplished a lot in his career, but the 31-year-old isn’t ready to walk away from the sport just yet. The most decorated competitor in X Games history — he’s secured 15 gold medals since making his debut in 2000 — will look to win his third Olympic gold in PyeongChang. (White nabbed gold in the halfpipe event in 2006 and 2010.) The athlete is lucky to be making it to the games at all; in October, White had an accident during training in New Zealand that resulted in facial injuries requiring 62 stitches, plus bruised lungs. But being a bit beat up didn’t seem to impact him much. White scored a perfect 100 on his final run on Jan. 13 at the Toyota U.S. Grand Prix in Snowmass, Colo., to qualify for the 2018 Winter Olympics.

At just 22 years old, Mikaela Shiffrin is on track to become one of the world’s greatest skiers of all time. The athlete entered the spotlight after her World Cup debut at 15. At 17, she was the youngest U.S. female to win an alpine world championship. (Tamara McKinney and Lindsey Vonn are the only other U.S. women to win the prize.) The following year, Shiffrin took home gold at the 2014 Sochi Olympics and earned the distinction of being the youngest Olympic slalom champion ever. She was also the first U.S. woman to win Olympic slalom gold since 1972. Next month, Shiffrin is aiming for another world record — the first skier of either gender to repeat a gold medal win in that event. She is also competing in the giant slalom and super combined, and is a podium favorite in all three events.

Seventeen-year-old skating phenom Maame Biney placed first in the 500-meter race at the U.S. Olympic Team Trials, solidifying her spot at the 2018 Winter Games in PyeongChang. What’s more, she made history as the first black female speed skater to make the U.S. Olympic team. Biney, born in Ghana, moved to the U.S. at age 5 and began skating lessons at 6 in Reston, Va. While she started out figure skating, the coach suggested she switch to speed skating given her natural abilities. Twelve years later, Biney has risen to be one of the leading U.S. competitors. Her 500-meter win and top-three placements for both the 1,000 and 1,500 meter earned her the highest overall ranking at the 2017 Short Track World Cup Qualifiers. Later, at her debut World Cup appearance in Shanghai, she finished fifth in the 500.

Although the 2018 Winter Games will be men’s figure skater Nathan Chen’s first taste of the Olympics, the 18-year-old from Salt Lake City is the favorite to take home the gold for Team USA. The athlete, who began competing in 2003, will enter the games highly decorated, dominating international competitions in his young career, including his most recent victory at the 2017 Four Continents Figure Skating Championships in Gangneung, South Korea. And when Chen hits the ice for the first time as an Olympian, fans of the sport are sure to be fixated on him for a chance to see the skater unleash five quadruple jumps on the ice once again. Chen, who began skating at age 3, is the youngest of five and comes from a family who are naturals on the ice: His two brothers played hockey growing up, and his two sisters also were competitive figure skaters.

Track veteran Shani Davis has his eyes on gold next month. The 35-year-old speed skater qualified for the 2018 U.S. Olympic Team after finishing second in the 1,000-meter and third in the 1,500. This will be Davis’ fifth and most likely last appearance at the games. Despite falling short of the podium at the 2014 Sochi Olympics in Russia, Davis is a four-time medalist. In 2006, he took home gold in the men’s 1,000 and silver in the 1,500. There, he became the first black athlete to win an individual sport gold in a Winter Olympics. And in 2010, he defended his championship title and took home the silver in the 1,500 once again. In recognition of his achievements, Davis has his own statue in the Smithsonian’s National Museum of African-American History & Culture, where he is honored as one of U.S. sports history’s greatest “Gamechangers,” alongside Muhammad Ali and Jackie Robinson.

If the U.S. hopes to break its 20-year gold medal drought in Olympic women’s ice hockey, it will take strong leadership. And the team has that in veteran Meghan Duggan. The 30-year-old forward is set to compete in her third Winter Olympics, winning silver with the team in 2010 and 2014 (she was named captain of the 2014 squad). Duggan enters her third games highly decorated. Aside from winning the silver medals in Olympic competition, the athlete has been a member of six gold medal-winning IIHF Ice Hockey Women’s World Championship teams. Duggan’s winning ways also extend to the pro and college ranks. She was a part of three championship-winning teams at the University of Wisconsin (where she is third in career points), and she helped the Boston Blades of the Canadian Women’s Hockey League win the Clarkson Cup in 2013 and 2015.

Everything seems to be coming full circle this season for Madison Hubbell and Zachary Donohue. Since syncing up in 2011, they’ve accomplished various top 10 finishes in competitions, but this year, the pair delivered on the ice and claimed their first gold at the national championships. The title was doubly rewarding for Hubbell and Donohue, as it cushioned their placement on the U.S. Olympic team — an accomplishment they missed out on in 2014 after a fourth-place finish. Prior to becoming a team, the Montreal-based duo had competed against, and reportedly loathed, each other. However, once aligned, the partnership turned into a relationship both on and off the ice when they wound up dating for two and a half years. While the pair eventually broke things off, their electric symbiosis has remained. As Hubbell describes on the Team USA website, “We started our partnership with raw sexy blues, and now six years later, it’s a lot more refined, sharper.”

Siblings Maia and Alex Shibutani will have another go at gold this year in PyeongChang. The 2018 Games will be their second time competing for the U.S. Olympic Ice Dance Team — their first run ended with a ninth-place finish at Sochi in 2014. But the Shibutani duo had been competing on an international stage long before then. They took home bronze at the world championships in 2011 (their first year on the senior circuit) and made waves again in 2016 when they claimed silver at the worlds. They answered back the next year with a bronze at the competition, making them only the third U.S. team to have three world medals. The duo is intent on connecting with their audience by performing to relatable tunes. In 2014, their Michael Jackson tribute — complete with a medley of his tunes and dance moves by Jackson’s own choreographers — made for a memorable performance. Off the ice, the Shibutanis keep fans engaged via their “ShibSibs” YouTube channel, which has over 44,000 followers and more than 5 million views.

Although Nathan Chen is the betting favorite to win gold at the 2018 Winter Olympics, you can’t count out decorated figure skater Adam Rippon, who is 10 years Chen’s senior. Rippon is the first-ever openly gay athlete to qualify for Team USA for the Winter Olympics, and he made headlines leading up to the games for his critical remarks of President Donald Trump, also stating that given the chance, he would not visit the White House. But Rippon is deserving of more attention for his work on the ice. The 28-year-old is a four-time gold medalist in competition, including wins at the 2010 Four Continents Figure Skating Championships, the 2008 and 2009 World Junior Figure Skating Championships and the 2007-08 ISU Junior Grand Prix.

After an impressive showing at World Single Distance Championships last year — she won gold in the 1,000- and 1,500-meter distances — speed skater Heather Bergsma is a podium favorite heading to the 2018 Winter Olympics. Bergsma, who competed in the 2010 and 2014 games, will be vying for her first Olympic medal in PyeongChang. She’s set to compete in four long-track events: the 500, 1,000 and 1,500 (for which she’s held the world record since November 2015), plus the recently added event mass start, where a group of up to 24 skaters race simultaneously instead of in pairs. Bergsma won bronze in this contest at the world championships last February. For the 28-year-old, speed skating is a family sport. Her husband, Jorrit Bergsma, is one of the Netherlands’ top distance skaters. He’ll also be in South Korea, defending his Olympic title in the 1,000 meter.

Click through to see the gallery of the 12 Team USA Olympians to watch.

Under Armour Partners With Team Canada Through 2024