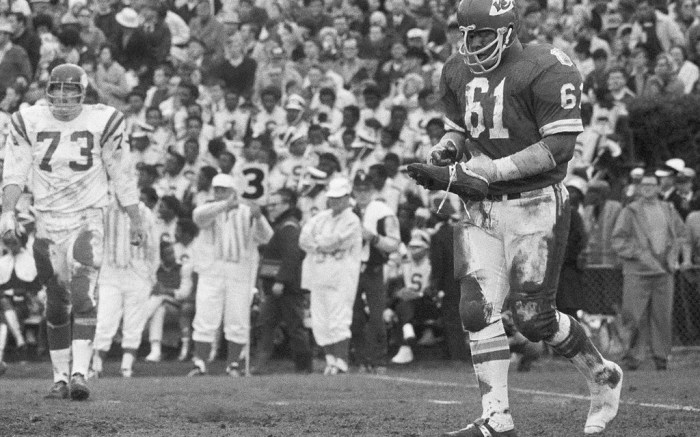 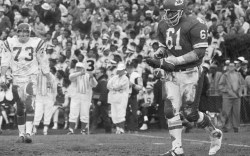 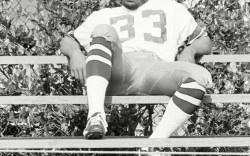 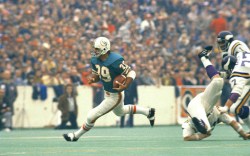 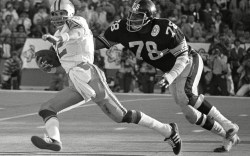 Baseball may be called America’s pastime, but football (specifically, the Super Bowl) is inarguably the sporting event that draws Americans together the most.

With Super Bowl LII just days away, we’re taking a look back at the cleats worn by NFL players from Super Bowls of years past.

Predictably, styles have begun to better reflect the big personalities of the players filling their shoes — a change that aligns with the increasingly customized footwear worn by NBA and MLB players.

In the 1967 Super Bowl — more than 50 years ago — players went simple with their footwear, sporting basic, single-colored cleats that coordinated with their uniforms. These days, before having a contract with an athleticwear company was a must for professional athletes, the cleats were devoid of the giant logos that they’re covered in today.

By the mid 1970s, logo-bearing shoes had become ubiquitous. Adidas cleats — complete with the brand’s recognizable triple stripes — were a common choice among athletes, who sported the stylish footwear in colors that matched their uniforms.

The next shift came in the early 2000s, when basketball sneakers (such as Michael Jordan’s namesake shoes) reigned supreme. Football cleat manufacturers drew inspiration from basketball kicks, creating cleats with colorful — and, in some cases, shiny — detailing that popped on the field.

And in the 2010s, football cleats got yet another upgrade. Customized cleats for special games have become a popular choice among athletes, such as Cam Newton, who selected customized Under Armour cleats for his 2016 Super Bowl appearance.

Click through to see more Super Bowl style through the years.