Steve Aoki Gets Serious About Fitness, Caking and Touring the World 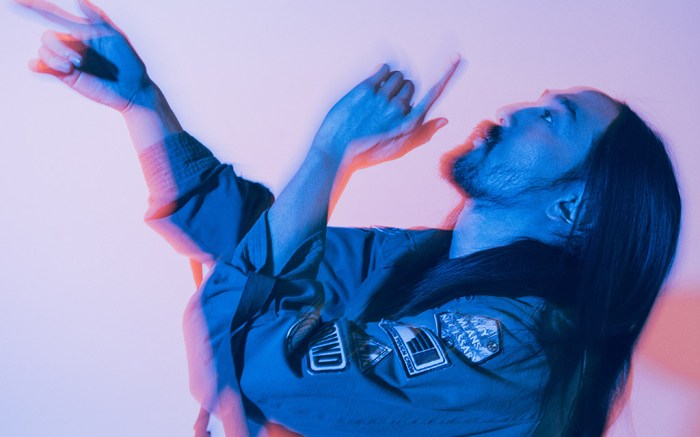 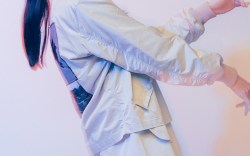 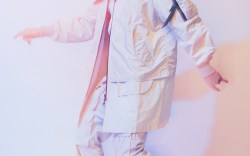 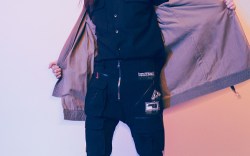 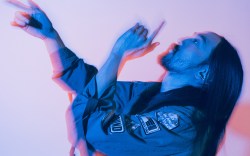 Sitting shirtless in a studio in downtown Los Angeles, his long black hair hanging past his shoulders, Steve Aoki maneuvers through a range of topics before landing on one simple point: The driving factor in all aspects of his life is personal connection — and it starts with his signature stage stunt.

At every concert since 2011, the DJ launches a sheet cake into the crowd — precisely, into a fan’s face.

“Imagine this: Tom Brady spots his wide receiver, he finds the open spot, he throws the ball, and touchdown. He’s done this a thousand times, and it doesn’t matter how many times he’s done this, because when he gets that touchdown, it’s like his life is made,” Aoki analogized. “That’s my moment. It never gets old.”

It might sound crazy, but fans wait years to experience Aoki’s “caking” in person. The producer said that whether it’s a shoe or a song, he aims to create engaging experiences.

“The feeling when you hear people screaming and chanting your name, that’s of course the rush. And that’s what you live for,” he said. “But if you really break it down to that single person in the front row who is pouring their heart out when singing along to your songs, you can feel their life experience when and how much the music has changed them — it validates why I do what I do.”

Aoki, 40, who is known for his success in the electronic dance music industry, last fall partnered with Asics for the Japanese corporation’s latest North American marketing initiative, “I Move Me.” The campaign is centered on the brand’s philosophy of “a sound mind in a sound body,” which is the meaning of the acronym “Asics” (“anima sana in corpore sano”) and aims to win over new audiences by expressing the mantra of living healthy and happy through movement.

Gene McCarthy, president and CEO of Asics Americas, told FN: “When I joined two and a half years ago, it was important that our brand expanded. Asics was known as predominantly a premium running brand. [We wanted] to expand the narrative from performance running to moving and connecting your mind and body.”

Aoki was the catalyst Asics needed.

With nearly 6 million Instagram followers, he taps into the youthful and global audience the company is looking for. “When I realized his personal values and how he viewed the world, never mind how he viewed fitness, that’s when I knew this was very organic,” McCarthy said.

Since the October launch of his campaign video, which was shot at Aoki’s Las Vegas compound and set to his “Kolony Anthem” track, it has garnered 29 million views on YouTube. According to the company, 62 percent of the people who viewed the video were 18-34.

“We believe his influence is inspiring our cause,” said McCarthy.

Fitness is just one part of Aoki’s 24/7 work ethic. In 2010 — long before he signed with Asics — he launched what he calls Aoki boot camp. And when he says boot camp, he means it. “When I’m on the road, I need group accountability to ensure I’m sustaining and am disciplined. It’s not just working out with your friends. It’s a no-excuses, no-holds-barred training. It’s not meant for people who give up,” Aoki said. “It’s a by-any-means-necessary attitude,” he added, pointing to that phrase tattooed on his tricep.

A WOD (workout of the day) for Aoki can look like this: 25 burpee squat jumps, 25 jackknives, 25 pushups, 25 wall balls, one mile run and repeat three times. A signature part of the DJ’s workout? A penalty fine for members of the camp who do not complete assigned WODs for whatever reason. Instead, they have to pay up, and the money goes to charity.

When it comes to Aoki’s shoes of choice for training, he’s very particular. “When I was in Hawaii [in December], I had four different Asics. I was hiking in the mud, doing hill hikes, going on road runs and working out in the gym, and I was wearing different styles for the technical aspects of each workout.”

More importantly, Aoki’s footwear decisions come down to his ability to move onstage — where he wears Asics. “I need to trust my shoes. I need to have mobility,” he said.

In addition to his intimate relationship with fitness, Aoki has a more significant link to the partnership brand.

“We come from the same place. It means a lot for me as a Japanese American to work with a Japanese brand. That really sunk into my roots,” he said.

Growing up in Newport Beach, Calif., which was predominantly white, Aoki said it was difficult to be accepted. When he sought someone to look up to, he found encouragement from Bruce Lee. “He was the only Asian role model that white people, black people and other non-Asians liked. I strive to be that,” he said.

He said being a Japanese artist helped him connect to the Asics ethos and the company’s ability to be global, because being global has always been his personal pursuit. “I always wanted to tour the world,” he said. And he does exactly that. Playing upwards of 300 shows a year, Aoki is in the midst of his monthlong, 32-city “Kolony” U.S. tour. (He will stop at Las Vegas club Hakkasan, where he is a roster regular.)

His next feat? China. Aoki’s goal is to play in every city.

“I love being the first DJ in a city that no one’s ever been to and helping open the doors for other electronic artists,” he said. “It’s like being an explorer. I want to be the first to chart the path.”

Aoki’s ambitions don’t stop with music and fitness. He’s created a lifestyle where fashion is also a large part of his overall brand.

After founding Dim Mak Records in 1996, Aoki morphed his label into an events production company along with a full clothing line called Dim Mak Collection. The streetwear brand officially debuted stateside with its fall ’17 collection at New York Fashion Week: Men’s in January 2017 after producing four successful seasons for the line in Japan, where he incubated it with a financial partner.

The label is a representation of punk skate culture with a luxury flare. His aim is to create fashion in the same way he does music. “If you follow other people’s sound, you no longer sound like you. It’s the same with Dim Mak,” he said. “I respect and wear other designers, and I find a fresh feeling, but if I copy them, then I’m not Dim Mak.”

Aoki said the best sense of inspiration always comes from within. His spring ’18 collection, for example, was inspired by his wardrobe as a teen, which was filled with punk patchwork.

As for experience? He said he’s been designing since his days in a band when he played for 25 people in a living room.

Fast-forward to 2006, when he was bartering with Las Vegas’ Magic Tradeshow, offering a free DJ set so he could have a booth to sell Dim Mak tees. He garnered 12 orders at the first one.

Now Aoki is Dim Mak’s sole investor. “It is definitely, financially, my riskiest endeavor, and I’m 100 percent in. I’ve taken everything on myself,” he said.

You could say this DIY attitude is a family trait.

Aoki’s father was Hiroaki Aoki, also known as Rocky Aoki, Olympic wrestler, founder of restaurant empire Benihana, entrepreneur. The all-around legend, who died in 2008, was insistent on putting business before family. In his 2016 Netflix documentary “I’ll Sleep When I’m Dead,” the younger Aoki made it clear that proving to his father that he could be successful was a constant motivator.

On expanding Dim Mak, he said: “You have to get your hands dirty, and you have to do the work yourself if you really want to grow a brand properly.”

Besides Asics, Aoki has had a bevy of partnerships, including Converse, Burton and Luc Belaire wine. Late August, he partnered with Vision Street Wear, the 40-year-old skate label, where he will serve as co-owner and brand collaborator.

“Steve is the hardest-working man in show business,” said Nick Woodhouse, president and CMO of Authentic Brands Group, parent company of Vision. “What I love about Steve is that he’s so creative, he’s got an idea a minute, and he knows how to execute on it,” added Woodhouse. “He’s also a terrific businessman. And he’s all-in.”

Aoki is at the top of his game. He just released his first all-Spanish track, “Azukita,” featuring Daddy Yankee and Elvis Crespo. Aoki has also collaborated with a range of artists — from Korean pop group BTS to hip-hop trio Migos. “I use EDM as my foundation, but I never focus on one genre,” he said.

As music continues to be Aoki’s driving force, his Asics partnership will roll out more styles over the course of 2018. And the artist is open for opportunities — if they’re the right fit.

“Who knows what I will be doing?” Aoki said. “But I do know that I’ve always followed my gut instinct, and I know I’m a creator.”