Serena Williams Gets Real About Motherhood: ‘I Felt Like I Was Not a Good Mom’ 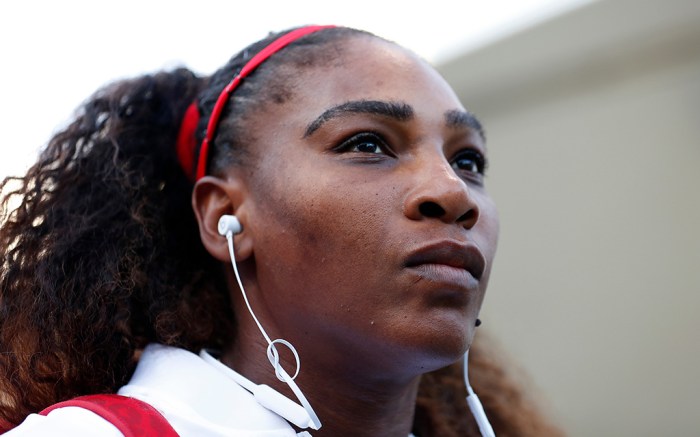 The past week has been tough on Serena Williams.

Although she made the final round at this year’s Wimbledon Championships, the 23-time Grand Slam champion suffered the biggest defeat of her career at last week’s Mubadala Silicon Valley Classic and pulled out from yesterday’s scheduled Rogers Cup match.

Initially citing “personal reasons,” Williams opened up even further in an emotional Instagram post that detailed her struggles with motherhood after giving birth to daughter Alexis Olympia Ohanian Jr. in September.

“Last week was not easy for me,” she wrote in the caption of a post that showed Williams in Nikes silhouetted against a sprawling night view of the ocean. “Not only was I accepting some tough personal stuff, but I just was in a funk. Mostly, I felt like I was not a good mom.”

Dealing with “postpartum emotions,” the 36-year-old explained that communication is what helped her realize she isn’t alone in her struggle.

“Talking things through with my mom, my sisters, my friends let me know that my feelings are totally normal,” she said. “It’s totally normal to feel like I’m not doing enough for my baby.”

After delivering her first child, Williams suffered life-threatening health complications related to a blood clot that required her to undergo surgery. She returned to tennis following a nearly 14-month hiatus, starting with the French Open, from which she also had to withdraw due to a pectoral muscle injury.

“We have all been there. I work a lot, I train, and I’m trying to be the best athlete I can be,” she added in the post. “However, that means although I have been with her every day of her life, I’m not around as much as I would like to be. Most of you moms deal with the same thing. Whether stay-at-home or working, finding that balance with kids is a true art. You are the true heroes.”

Despite these challenges, the tennis pro is expected to compete in the US Open this month. “I’m here to say: if you are having a rough day or week–it’s ok–I am, too!!! There’s always tomm!” Williams shared.