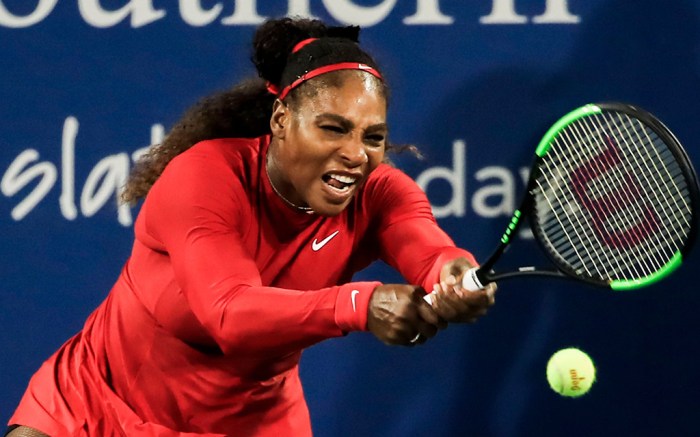 Serena Williams is just getting started.

Despite being eliminated from the Western & Southern Open on Tuesday, the 23-time Grand Slam champion believes she’s poised for a comeback, stressing that she’s just at the “very, very beginning” in her road to tennis victory.

“This is a long comeback,” the pro athlete said in an interview following the match. “I just began.”

The Nike star was handed her latest defeat in the second round of the Cincinnati Masters, where she faced eighth-seeded Czech player Petra Kvitova in a match that ended 6-3, 2-6, 6-3. Williams called it a “good match,” with both athletes playing “at a really high level,” but “only one person could win.”

It marked her fifth tournament since welcoming daughter Alexis Olympia Ohanian Jr. in September and came two weeks after the biggest loss of her career at the Silicon Valley Classic. Williams also dealt with post-birth complications including blood clots and has openly admitted to struggling with postpartum emotions.

However, the 36-year-old remains optimistic about her return to the sport. “I’m getting there, and I’m going to just continue to work hard, and hopefully I’ll start winning more matches,” she said, emphasizing a need to develop more consistent serves and returns. “Basically, my whole game needs to improve.”

Williams’ next appearance will be at the U.S. Open, which kicks off Aug. 27. She is a six-time U.S. Open champion and recently made it to the final round at the 2018 Wimbledon Championships.