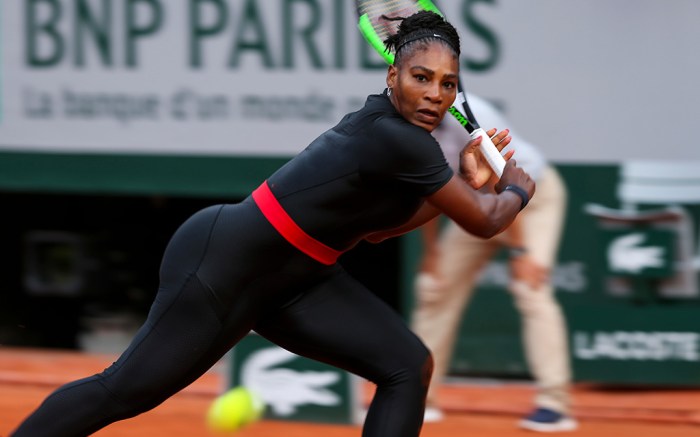 It made for a powerful statement on the court at Roland-Garros: A full-length black catsuit likened outfits worn by superheroes — a “queen from Wakanda,” as Serena Williams put it.

But it appears that statement might have been a little too powerful for French Open officials, with French Tennis Federation president Bernard Giudicelli announcing new limitations on what players will be able to wear because “sometimes we’ve gone too far.”

In an interview for Tennis magazine’s 500th edition, he singled out the three-time French Open winner’s figure-hugging catsuit, which she wore during the Paris tournament in May. “It will no longer be accepted,” Giudicelli said. “One must respect the game and the place.”

Williams’ catsuit gained international attention following the 23-time Grand Slam champion’s arrival on the clay court in the head-to-toe Nike ensemble. (The pro athlete is a Nike brand ambassador and will wear its collaborative design with Virgil Abloh at the U.S. Open.)

It was a triumphant moment for the new mom, who gave birth to daughter Alexis Olympia Ohanian Jr. in September but suffered from postbirth complications due to a blood clot. The skintight suit served a functional purpose, helping keep Williams’ blood circulation steady during her matches.

“For all the moms out there who had a tough recovery from pregnancy — here you go. If I can do it, so can you,” she wrote in a post shared on social media.

The French Open is not the first tournament that implements a dress code. The All England Club requires Wimbledon players to wear all-white outfits, but Giudicelli added that the new rules won’t be as strict. However, the French Tennis Federation announced that it will request a look at player uniforms for 2019, many of which have already been designed.

Click through the gallery to see more of Serena Williams’ on-court style through the years.

Sneakers and Dresses May Be a Trend Now, But Serena Williams Has Been Wearing It for Years