The Sneakers From the Three Previous Warriors-Cavs NBA Finals Matchups 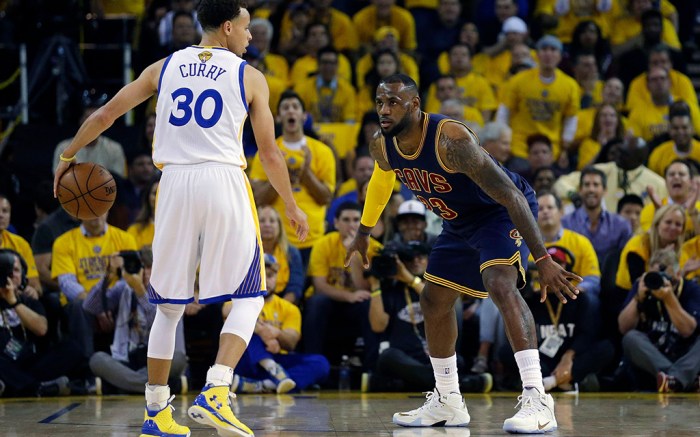 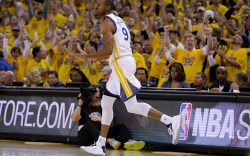 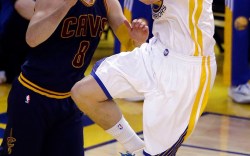 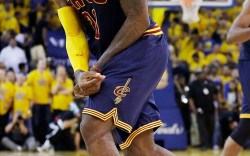 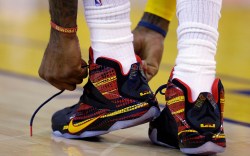 Despite a pair of tough Conference Finals matchups, the Golden State Warriors and Cleveland Cavaliers will once again face off in the NBA Finals. And with the two squads taking each other on for the fourth straight season, FN looks back at the sneakers worn on the court in years past.

Throughout the first of three consecutive meetings, starting with the 2015 NBA Finals, several signature shoes from brands including Nike, Under Armour and Anta hit the hardwood. Warriors star guard Stephen Curry has worn several looks from his Under Armour franchise, and Anta’s looks for Klay Thompson of Golden State have also made appearances. Nike, though, has the highest profile with signature sneakers from LeBron James, Kevin Durant and Kyrie Irving appearing on the court.

Golden State will host Game 1 of the 2018 NBA Finals, which will take place Thursday at the Oracle Arena in Oakland, California. Game time is scheduled for 9 p.m. ET.

Click through the slide show above to see some of the top sneakers on Golden State and Cleveland players from the three previous NBA Finals games.

Will Under Armour and Nike Benefit From the 2017 NBA Finals?

The Sneakers You’ll See Throughout the 2017 NBA Finals