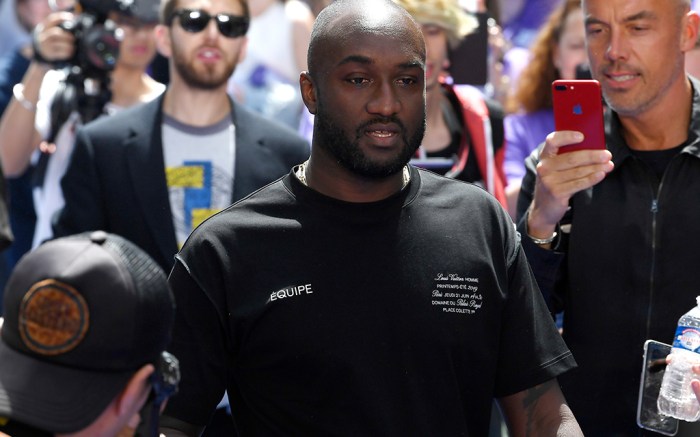 Now that designer extraordinaire Virgil Abloh’s debut show as Louis Vuitton Homme’s new artistic director has concluded, influencers have had time to digest what they witnessed. And the consensus is they were impressed by the collection and the moment, and eager to see more.

Here, four influencers share their thoughts on Abloh’s show and how being at Louis Vuitton will impact fashion.

“What’s wild about the show is the culmination of everything Virgil has sincerely expressed — making sure his friends and those that supported him mean a lot to him (as we saw with inclusion of models), making subtle marks about social justice, and more importantly creating a lane that’s just a bit different. Fashion is entering a different space, and whatever you want to say about his collection you can, but today showed he is changing the concept of luxury. The energy in the space, sincerity, the moment. It’s very hard to express but it felt like a changing of the guard and an expose into those that want to create, can. It just takes work which Virgil has put more than enough of in. Long story short, you can’t ignore the voices that are changing the concept of luxury no matter how hard you try. The show proved that.”

“Virgil represents so many of us who are the actual driving force behind the culture who don’t get the prominence we deserve, he kicked the door down. It was really emotional to see how many of us were involved, from the Kid Cudis and the A$AP Nasts and Playboi Cartis walking the show. And guys like Ev Bravado, who helped him with the Off-White show — a kid with no formal fashion training, he’s just really fucking good at what he does, and now he’s at Paris Fashion Week with Louis Vuitton. That s**t is crazy. It makes you believe that anything could happen. Six or eight years ago, Virgil was getting cease and desists for printing pirates on T-shirts and now he’s the director of Louis Vuitton menswear. And it was super sentimental for me because J Balvin, who is one of my clients, was front row and dressed by Louis for the show. That’s big for us, coming from where we come from, because getting respected on a fashion level is new. For us to be there front and center to witness that is special. As far as the product is concerned, Virgil doesn’t disappoint. Him bringing back the Millionaires [sunglasses], which made so much of an impact on us when we were in our early 20s, is so ill, him bringing that energy back.”

“I think it’s so awesome that he’s creative director for Louis Vuitton, and I think it will really connect the streetwear and luxury worlds, really bridge that gap and marry the two cultures. Over the last couple of years that’s been happening, and this should cement it. The sneaker looked really good, it looked completely different from anything I was expecting. They’re pretty cool and I’m happy it wasn’t a sock shoe because that would have been just another whatever thing to us. The bags are amazing. I saw some bags that looked really cool, Don C and his wife [Kristen Noel Crawley] were posting them. She’s usually the one I go to, to look at what’s cool. They’re so sick.”

“A lot of people were waiting for Virgil’s first Vuitton collection and I think this could do for Vuitton what the Supreme collab did, but on a much larger scale — introduce Vuitton to a new audience, or if not introduce, make it something for a new audience to aspire to. [And] working with a house like Louis Vuitton is the ultimate goal, I feel like, of what everyone out of Chicago — whether it’s Kanye [West] or Don C or Virgil, Heron Preston — has worked for. It’s the ultimate triumph. The show struck me as some of the things Kanye has done, but on an even bigger scale. Given Virgil’s background and what he did with Off-White and what he’s done with Nike, it’ll be interesting to see how he translates that into a brand with a much higher price point. This gives Louis a different look and makes it something that a group of people who grew up on Virgil’s Nike stuff and Off-White, it’ll make people look at Louis Vuitton a little bit differently.”